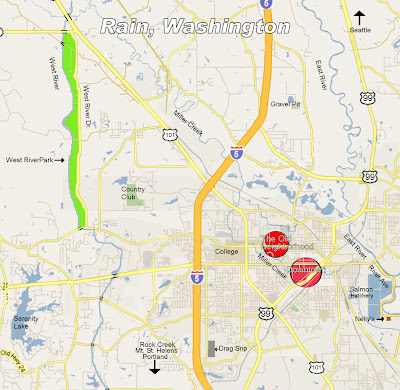 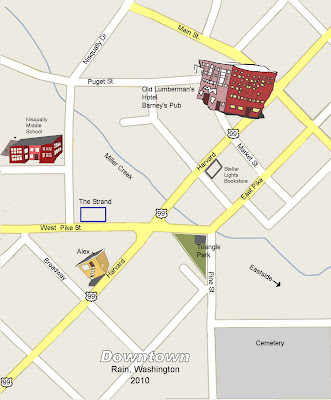 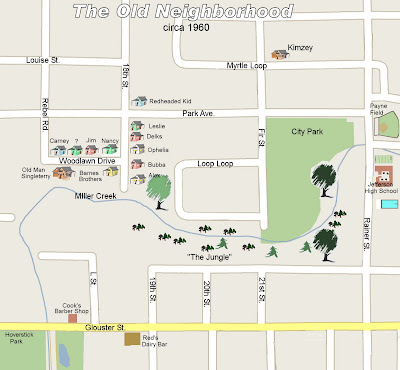 Any little thing can inspire a story. The impetus for novel I’m working on now came from a comment by an old friend I’ve seen only once in fifty years. We reconnected on Facebook. He commented on what a great neighborhood we grew up in, and I immediately begin spinning tales in my mind about the kids on our block—Randy and Richard and Audrey and Carney, and then beyond the neighborhood to Randy’s girlfriend who lived a few blocks away, and from there to our junior high and high school and then imagining what may have happened to all those kids after they grew up.

Neither our youthful exploits nor the paths most of us took when we grew up are exciting enough for a novel. When the guy voted most likely to succeed turns out of be a successful investment banker, where’s the drama in that? Wouldn’t it be much more interesting if he ended up an alcoholic living on the street and scrounging food from dumpsters? Or maybe if he turned out to be a bank robber or a cross dresser who secretly performs in drag shows in another town under an assumed name? So all the kids in my neighborhood would have to morph into completely new creatures with different names, and I’d have to describe the short guy as tall and the chubby girl as anorexic and so forth so nobody would recognize them. I wouldn’t want to be another John Irving or Pat Conroy whose every fictional character can be traced to personal history (although I wouldn’t mind experiencing their successes).

So I populated a town with teenagers, each with his or her own story, some of which overlap and some of which don’t. Do I structure it as a series of short stories? Maybe a modern version of Canterbury Tales? I decided to have two of the old friends meet in a bar after many years and reminisce about old times. With nothing more to go on than that, I started writing the opening scene: “Jim Bright was the last person in the world she expected to meet in the one and only gay bar in (town name?).”

Why a gay bar, I don’t know. That sentence just sounded good in my head. It also gave me something to work with. Since I had already decided that the main characters should be a man and a woman and that they should eventually become lovers, I had to figure out why they were in a gay bar. That’s where the cross dresser idea came in. Would he be bisexual? No. Not all cross dressers are gay or bi; some are heterosexual, and I decided that would make for a better story. Not only a straight guy who cross dresses and hangs out in gay bars, but I decided to make him politically conservative and make her liberal—meat for a lot of dramatic and comical conflict.

So I had my main characters and a whole slew of secondary characters. The other thing I had already decided was that I was going to set the story in a fictitious town. Mostly because that had worked out so well in The Backside of Nowhere. In that one I went back to my Southern roots and created a make-believe town on the Mississippi Gulf Coast called Freedom. This time I decided to create a town that was a combination of where I grew up (Hattiesburg, Mississippi) and where I’ve lived for the past twenty-one years (Olympia, Washington), with a lot of features that are purely imaginary. I not only created a make-believe town, I spent about a month drawing maps of the town so if one of the characters walked home from school, for instance, or went to a movie, I would have an idea of where those places were and how long it took to get there and what they may pass on the way. As a further example, I had already started working on a scene where the couple stopped in a park after eating in restaurant to sit on playground swings and talk about old times. Would they walk to the park or drive? To make the scene real I would have to know where the restaurant was in relation to the park and where the park was in relation to their ultimate destination, her home. That’s the kind of thing that made the map necessary.

I named my town Rain and placed it approximately where Olympia is between Seattle and Portland.
I named the main characters Jim and Alex and started imagining conversations between them as they recalled all their old friends—the girl who fell off a balcony during the movie Rock Around the Clock (never happened), the boys who got caught skinny dipping in the local swimming pool (almost happened, but we got away ) …and so forth.

I wrote a rough draft of a few scenes, created an outline and a list of characters and settings with descriptions I could refer back to so I wouldn’t make such mistakes as saying a girl was blonde in one scene and referring to her as red headed in a later scene.

I experimented with first and third person narration and finally decided that Alex would be the narrator and that Jim would be a notorious teller of tall tales. I want to provide enough clues for readers to be able to figure out what parts of his story are true and what parts made up without stating any of it explicitly.

Now that opening sentence has been changed to: “Jim Bright was the last person in the world I expected to see sashaying up to the bar in Barney’s Pub on Market Street, the one and only gay bar in Rain, Washington.” Over the course of writing this story it may change again.

Paragraphs and chapters may be added, deleted or moved to different sections of the book, and I may switch back to an omniscient narrator or have some other character tell the story. That’s my method. I keep everything fluid. I don’t create an outline and follow it from page one to the end.

Basically what I have so far is that Jim and Alex meet in a bar and become friends and eventually lovers. They’re getting old, my age to be exact. And yes, Virginia, people that age do have love affairs. Thirty years ago Jim was a drag performer in a bar in Portland. There was a riot similar to the Stonewall riots (historically accurate as there were many such riots at the time but only Stonewall became famous). During that riot a policeman was killed. Now, there is a mass murderer on the loose. Someone is killing off old cross dressers and transsexuals. Jim soon realizes that all the victims are people who were drag performers at Club Silver at the time of the riots, which means he might be next.

… and that’s all of the plot I am going to reveal for now.

Comments, questions and suggestions are welcome, just so long as you don’t ask me to give away the plot. I’d love it if other writers would post stories about their creative process.
Posted by Alec Clayton at 8:48 AM

This sounds like the creative process Pat Conroy must have gone through in writing "Broad Street."

Would you have thought of Pat Conroy if I hadn't mentioned him? I haven't read Broad Street. I've only read Beach Music and Prince of Tides, and saw the movie of The Great Santini. I thought my last book was a lot like Beach Music, although there was no direct influence.

Hey, that map looks vaguely familiar, having spent a large part of my wasted youth living on the corner of Myrtle and Lurty!

To Anonymous: Myrtle and Lurty sounds like a Vaudeville act or maybe a sleazy law office. I had a friend who grew up about where the house marked Kimzey is (meaning that part of the map that was inspired by a real place). She was a funny little girl and I didn't much appreciate how special she was and never imagined she would grow up to be half the woman she turned out to be.

Your fictitious map is a lot prettier and more elaborate than my fictitious map (http://christiancarvajal.com/sugar-roses/)! My process is similar to yours; I take real situations and torque them beyond all recognition, then blend them with wholly imaginary events and characters.

By the way, I'm looking forward to getting together just as soon as my Christmas stocking, by which I mean my bank account, refills. Batdorf & Bronson, mayhaps?

Christian, If my map is more elaborate than your map it's probably because I became unusually obsessive with it and spent way more time on it than I should have. Other writers who responded privately spoke of similar writing processes. My friend Jack Butler said he made a very elaborate floor plan of the house his protagonist lived in in his novel Living in Little Rock With Miss Little Rock (out of print but highly recommended if you can find a copy).