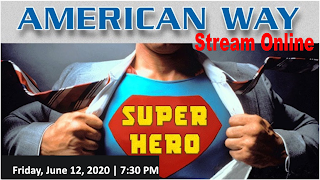 Posted by Alec Clayton at 12:55 PM No comments:

Poet Isidore-Lucien Ducasse, writing under the nom de plume Comte de Lautréamont, penned the line "as beautiful as the chance encounter of a sewing machine and an umbrella on an operating table," and André Breton adopted that line as a guiding principle of Surrealism. The beauty of chance, and the strange wonder of juxtapositions of disparate objects. That is in essence a description of both Dada and Surrealism and of collage as medium and as a method of design. It has been paramount in the works of artists from Picasso and Braque to Duchamp, to Jasper Johns to David Salle. Collage, in fact, has been the design method of just about every art since Picasso and Braque first glued imitation wood grains into their paintings—whether or not the actual gluing of paper or other materials is involved.
Collage as a method of design is not hierarchical. There is no main character centerstage with smaller supporting cast off to the sides such as in the typical Renaissance triangular composition. Rather, all characters, images, shapes tend to be of equal value. Rules of perspective are often ignored. There are realistic images because the images tend to be taken from photographs ripped from the pages or newspapers and magazines, but the relationships of the various images are often unrealistic. Parts of bodies don’t match. Background images may be larger than foreground images. Collages are narrative by nature, but the narratives are more implicit than explicit. If there are stories, they are stories with no logical beginning, middle and end.
A collage from Gail Ramsey Wharton’s “Food for Thought” series pictures an androgynous figure in an interior setting seated on an antique chair. There’s something strange and comical about the figure, and about the entire scene. For starters, the figure’s head is way too large for the body. And for quite some time I thought of the figure as a woman, but eventually noticed that her (or his) chest is bare and does not look like a woman’s breast, and he’s wearing long stockings and men’s pointy-toed saddle oxford shoes. And there are things in that room that do not belong (as out of place as the sewing machine and umbrella on a dissecting table). He or she is eating an apple, there’s a snake coiled around the chair leg, and there’s a peeping Tom at the window who looks like popular images of Jesus. And then it dawns on me: it’s Adam (or Eve) in the Garden of Eden, but the garden is a Victorian era bedroom, and if that’s God watching over him or her, he’s a very creepy god. Quite often art is both upsetting and funny.
A friend of mine owns another Ramsey Wharton collage. It pictures a woman riding an ironing board as if it is a surfboard. I’ve often enjoyed looking at it, but it only recently dawned on me that the artist’s turn of mind in noticing that an ironing board is shaped like a surfboard and coming up with the quirky idea of putting a surfing woman on it is akin to the kind of thinking Picasso must have done when he combined a bicycle seat and handlebar to make a sculpture of a bull.
Collage artist Sharon Styer’s “What she really wanted was to just stop worrying” is a languid, pastoral scene with a pair of lovers reclining on a bridge. The scene is a surrealistic mix of photographs and images cut from paintings. The landscape is a photograph—all but the blue tree in the foreground, which is painted in a single, flat color, as are the clothes and the bodies of the man and woman. Pop Art images with a hint of Asian art. The man is clothed in a blue suit, and the woman is naked. Her flesh is purple. Even though her head and shoulders rest on his body, they seem unattached and uninterested in one another. The bridge they rest upon is an arch of something like a Japanese paper lantern. The bridge and the man and woman are gigantic in relation to the landscape. By comparison to the size of the bodies, the creek is a mere trickle only a few inches wide. No bridge should be needed to cross it.
Much of the beauty of “What she really wanted was to just stop worrying” is in the movement of lines, the bend of the tree that mimics the shape of the bridge and the sensual lines of the people’s bodies, particularly the position of their arms. Every edge, every line, directs the viewers’ eyes in lyrical movement across the surface. And there are butterflies. There is clearly a story behind this picture. We want to know what they are doing and why, how they got there and what is going to happen next.