The Search for Signs of Intelligent Life in the Universe

Harlequin Productions brings a modern classic to Olympia in the form of The Search for Signs of Intelligent Life in the Universe by Jane Wagner. This amazing one-person play was written specifically for and performed by the great Lilly Tomlin, on both stage and screen. It is so challenging and so indelibly associated with Tomlin that few other actors have the talent or the chutzpah to tackle the role. Make that roles, plural. She plays at least 17 separate characters, changing so rapidly that it’s impossible to keep up. There’s no sense in even trying; just roll with it.

Terri Weagant, an award-winning actor, producing director, writer and dialect coach in Seattle is up to the task. That last bit — dialect coach — is crucial because Weagant changes voices along with posture, movement and facial tics with every change of character. The transformations are breathtaking.

The main character, who guides the audience — along with her unseen “space chum” aliens — through the myriad stories and lives depicted in the play, is a bag lady named Trudy. Trudy is bent over with what appears to be severe osteoporosis, and her face is twisted as if she has suffered a stroke. She comes on stage and informs the audience that she is there to meet her space chums on the corner of Walk/Don’t Walk around lunchtime. The aliens are late. She says they’re always late. Maybe it’s because “around lunchtime” may be open to interpretation.

Thus the quirky humor that permeates the entire show is established from the get-go.

While showing her chums around our world, Trudy comments with philosophical adroitness, absurd humor and down-to-earth wisdom about everything from feminism, love and marriage, to the difference between art and not art, which she comes back to repeatedly as a running joke by holding up an unseen can of Campbell’s tomato soup in one hand and a reproduction of an Andy Warhol painting of a can of Campbell’s tomato soup in her other hand, saying “This is soup; this is art.” It’s like Rene Magritte’s Ceci n’est pas un pipe.

Along the way we question Trudy’s sanity, and perhaps our own. She knows she is considered insane, and she has had the shock treatments to prove it. What more proof is needed than the space aliens monitoring her brain? But “What is reality anyway?” she asks. “Nothin' but a collective hunch. In my view, it's absurdity dressed up in a three-piece business suit.”

Weagant’s acting is astounding, and the lighting effects by Amy Chisman and sound by Jesse McNeece are particularly helpful in keying the many character changes. Congratulations to Weagant, director Keira McDonald and the Harlequin staff for a moving, intelligent and funny show.

Posted by Alec Clayton at 4:15 PM No comments:

Left to the Elements

New work by Audrey Clemo, Leah Fitts & Juliette Ricci at the Tacoma Public Library
The latest show at Tacoma Public Library’s Handorth Gallery features paintings, photography and mixed-media works by three artists, all of which investigate the effects of time as weather wears away urban and industrial buildings and machinery. What strikes me about these works is that they all seem to be crying out to be made larger. Conceptually they are about time; aesthetically they are about color, and about subtle changes and dramatic contrasts of form and texture — most assuredly texture.

The strongest works are Fitts’ paintings, abstracts drawn from landscape or, depending on individual interpretation, the weathered sides of buildings, or like brilliant colors projected onto cascading sheets of water. The forms are large in concept and look like paint has been applied and then dragged downward across the canvas. Predominant colors are red, blue, green and a rich burnt sienna with speckles of splattered dark brown or black. They have rough surface appearance that is slick and shiny and remind me a lot of some of Gerhardt Richter’s abstract paintings as well as Clyfford Stills’ jagged abstractions. If they were made large they would be overwhelming in their power to draw the viewer in; as they are, they are engaging paintings that epitomize the look of aged billboards or the sides of buildings without being literal.

Like Fitts’ paintings, Clemo’s photographs call out to be made larger, the difference being that they do not quite work at this smaller scale. They are close-ups of parts of buildings or machinery. Lots of chains. They are viewed from so close to the surface that they almost become abstract treatments of surface. The textures and colors of rust and corrosion are beautiful. If only Clemo had moved the camera in even closer so the viewer could not recognize the forms but were left with nothing but texture and color. They just barely miss that mark.
Interestingly, in a wall statement Clemo writes of them as paintings, but they are photographs. One of the more interesting ones to me is a photo of a part of some metal form that looks like a woman’s leg. I wish there was more of that kind of ambiguity.

Finally we come to Ricci’s photo-collages with drawing and writing. They are of old buildings and look like old found photographs. I could not tell if they were, in fact, found photos from a bygone era or modern photos scratched and worn away to look old. Like the others works in the show, I think these would be better if they were larger; however, they do not call out for larger scale as much as Clemo and Fetts’ works because there is a scrapbook quality to these pictures that is endearing.

Ricci’s pictures are combined with reworked textures and drawings and writing. The writing is narrative in nature and poetic and creates a sense of longing to know more.

Posted by Alec Clayton at 8:59 AM No comments:

We watched A Great Wilderness at the Seattle Repertory Theatre last night.

This is not going to be a formal review — just me telling my friends that we saw a play and enjoyed it and think you might too.


It is a world premiere drama written by Samuel D. Hunter and directed by Braden Abraham. The subject matter, conversion therapy, is highly controversial. Many people know that conversion therapy — therapy designed to make gay people straight — never works and can be harmful, and some of those people may be upset that the play is done without damning the practice. Walt (Michael Winters) has been doing it for 30 years, and now that he is getting old and dealing with dementia he is having second thoughts.

I won’t say anything more about the story other than to say that a complex issue is handled with sensitivity. I thought it was a great play, well written and well acted, with what may well be the most elaborate and beautiful set I have ever seen on stage (scenic designer Scott Bradley).

Posted by Alec Clayton at 10:51 AM No comments: 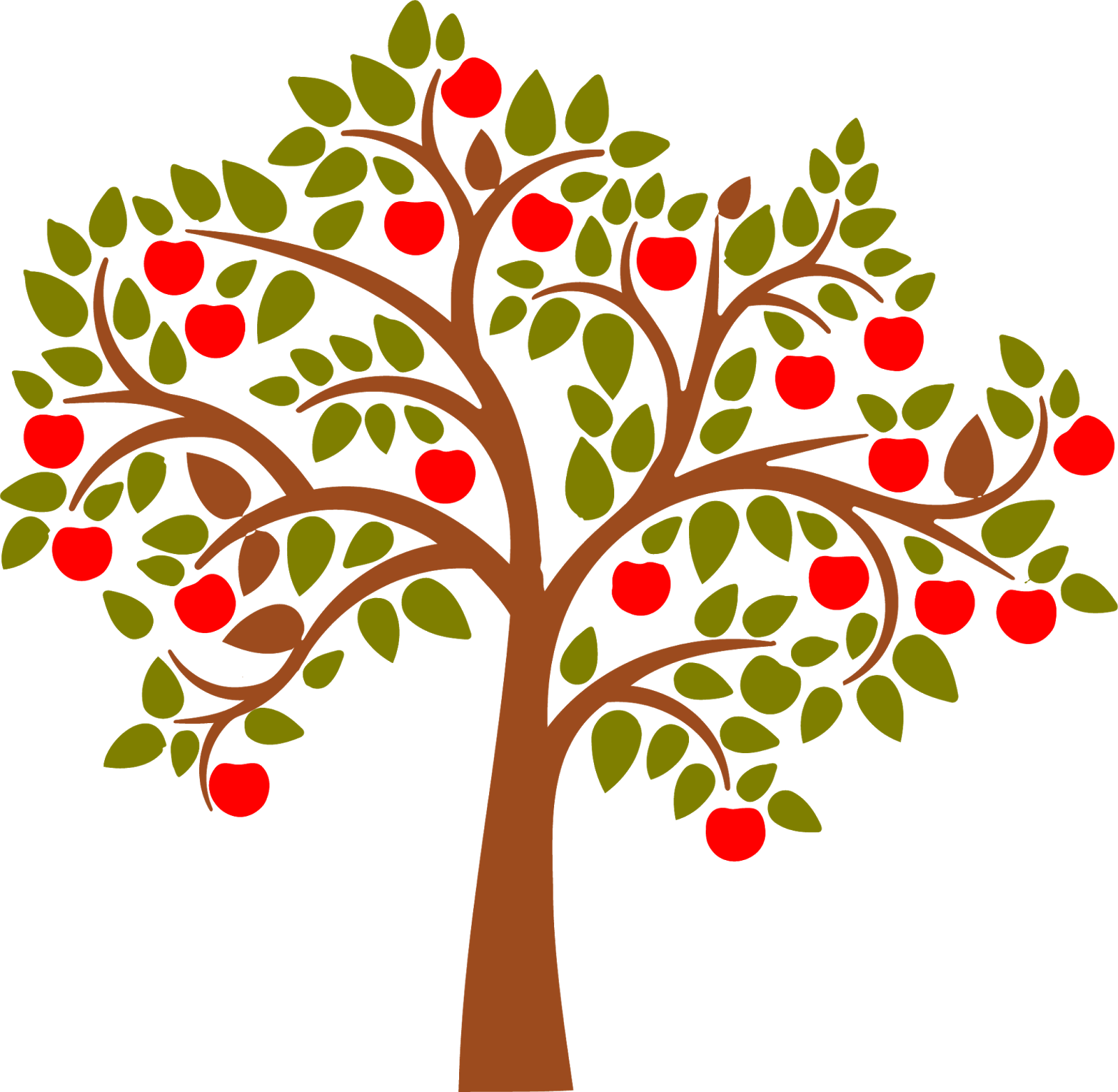 There’s an adage in theatre; avoid sharing the stage with dogs or children, as they are sure to steal the audience. Tacoma Little Theatre’s production of the classic play To Kill a Mockingbird proves just that with three young performers grabbing the limelight, not with banal cuteness, but with bona fide acting chops. With several outstanding adult performances adding to the mix, this is a play worth watching.

Read the review
Posted by Alec Clayton at 10:01 AM No comments:

Once again the gallery at South Puget Sound Community College is filled with well over 200 artists’ postcards. This year the theme is “It’s the Water,” the old Olympia Beer slogan.

About a third of the show is made up of trite photos, watercolors, and other images of water, with quite of few of those depicting the Deschutes River or the waterfall at Tumwater Park — the very water that gave rise to the slogan.

Another third consists of clever joke images, many of which play on the theme, such as the photo of a line of urinals in a men’s restroom and the cartoon image of three pregnant women standing by a water cooler. The final third would be abstract art, about a third of which is very well done.

It appears that everything entered was allowed in the show, but maybe not. The press release said 76 artists submitted nearly 300 pieces. I did not count them. Many of those 76 artists (I want to sing that to the tune of “76 Trombones”) are represented by three to five pieces. I counted 10 by Carol Hannum, an art teacher at SPSCC. They are all very nice pieces that look like colored wood cuts.

None of the works are identified by media.

Juanita Moody has five pieces with dramatic images in contrasting red, black and white. They have the powerful feel of poster art.

One card that I found to be particularly appealing for reasons I can’t begin to understand is one by Mark Holland that has a hand-drawn postmark partially covered by a 33-cent stamp with a picture of an apple. Glued onto it is a piece of paper with the words “I Love You.”

Devon Damonte’s pieces have the look of some kind of resist technique using wax crayons. They are strong images with lovely texture.

As a group, I think my favorites might be Susan Christian’s group of images of mountains painted on banded strips of wood. I love the soft, peachy orange color on the one labeled #2.

Another favorite is one by Joe Blatt that has a haunted looking pink face and other imagery that I could not quite make out. It was hung too high for short people like me to see the details.

Another of the more clever images is a landscape by Patrick Cavendish with a hillside by a body of water. Look closely. The hill is a face.

Posted by Alec Clayton at 9:57 AM No comments: