The Actors of The Freedom Players Part IV 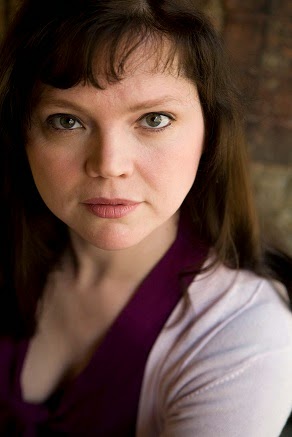 In my reviews of Titus Andonicus (Theater Artists Olympia) and Eleemosynary at Tacoma Little Theatre I praised Samantha Camp lavishly and deservedly:

“In playing Artie, Camp displays an amazing range of emotion through subtle body language and facial expressions. She manages to make the audience root for her despite her seemingly callous abandonment of her child.”

“Camp is simply amazing as Tamora — one of the two most captivating and complex characters in the play, the other being Saturninus.  Both Camp and Jansen (Brian Jansen as Saturninus) portray these characters with shouts and large gestures of unbridled passion, yet with nuanced expression. Their love scenes are like mutual rape.”

In a quieter but equally nuances performance she read the part of Beulah in a reading from my novel Return to Freedom at Kings Books. (RtoF is the second book in the Freedom Trilogy; Camp will read a different part in the same scene.)

She received her BFA in Acting from Point Park University in Pittsburgh and is a current member of Theatre 9/12 in Seattle. She was recently seen in Spokane with Interplayer’s production of Brighton Beach Memoirs as Kate Jerome and at Olympia’s Harlequin Productions, as a Priest in Jesus Christ Superstar. Other recent roles include Artie in Eleemosynary, Adelaide (Guys and Dolls), April Green (The Hot L Baltimore), Cathy (The Last 5 Years) and Tamora (Titus Andronicus). Next up will be King Lear at Key City Public Theatre as Goneril. Samantha is a soap goddess/store owner (Pip & Lola’s Everything Homemade in Tacoma) in real life. Check out www.samanthacamp.net or become her fan on Facebook. Thanks, as always, to her husband Bruce for the pomegranates.