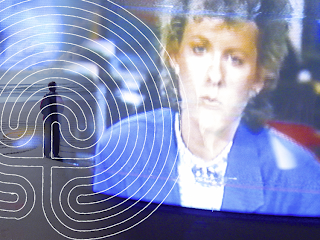 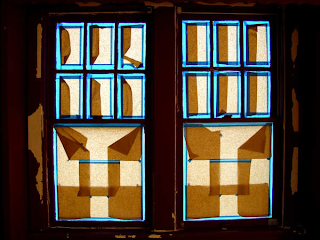 Where to look for the good stuff


I remember the very first Olympia Arts Walk. It was 37 walks ago, which would have been around 1991 or ’92, back when they called it Art Walk and it happened only once a year. During one of those earliest events a fellow artist — I think it was Tucker Petertil — suggested that we walk around town carrying works of art as a literal play on the name of the event. We did, and everyone cheered us. I mention this now because what we did then was to establish the tradition of impromptu and spontaneous art activities.

Today, one of the most enjoyable things about Arts Walk is the unexpected and spontaneous art happening, be it performance or song or juggling or people building art right on the streets. And you never know when or where it might happen.

In many ways Arts Walk has been destroyed by its success. It’s become so big and so democratic that anyone can show or perform, and that means the overall quality of the art has taken a nosedive. It doesn’t matter. It has long since ceased to be about the art. It’s all about the spectacle — the people watching and the socializing.

Angela Haseltine Pozzi’s work will be shown at Childhood’s End Gallery. She is a sculptor and the daughter of Olympia art legends Jim Haseltine and the late Maury Haseltine. Her latest works have included walk-in sculptural installations. I’ve not yet seen one of them, but I saw a photograph of one called "Sea Cave," which was installed in the Coos Bay Museum in Oregon, and I can’t wait to get to actually walk into one of her installations.

Similar in concept is Marilyn Freeman’s installation at the Washington Center for the Performing Arts. For a long time this Olympia-based filmmaker and artist has been working on a series of works called "Communion: The Labyrinth Project," a serene and contemplative art project involving, among other things, labyrinth paths drawn in the sand. But her installation for Arts Walk will be anything but serene. There will be a three-dimensional autobiographic labyrinth created with personal artifacts, toys, hard drives, videotapes, and U-Haul boxes, and suspended objects such as a red velvet, glitter-rock era suit, circa 1972 neckties and platform shoes, plus video art, sound and more. In the black box space it should be intense.

I’ve always enjoyed Shaw Osha’s paintings, and if the preview images she sent me are any indication, it looks like her latest works are veering in some interesting new directions. Based on photographs, they are abstract paintings in which the source imagery is barely recognizable. She will be showing some of these new paintings at Mixx 96.1 KXXO-Radio on Washington Street between Fourth and State.

One of Olympia’s coolest but least known art venues is Bryce’s Barbershop on Fourth Avenue. Showing there during Arts Walk will be Nikki McClure, whose paper-cut pictures have become a much loved Olympia institution. With images from family life and an interesting use of cast shadows and the interplay of positive and negative shapes, McClure’s paper-cut pictures have an early American flavor to them.

Another artist of interest showing at Arts Walk is Bil Fleming, who will be showing a freestanding, human-powered, kinetic sculpture made from salvaged materials including bicycle wheels, old growth Douglas fir, and plastic grocery bags. He also will show a series of digital photographic prints. Salvaged material — either in actuality or appearance — is key to Fleming’s work at an appropriately named venue, Olympia Salvage at 415 Olympia Ave.

These are just five of hundreds of artists and entertainers on tap.

[Downtown Olympia, Olympia Arts Walk, Friday, Oct. 3, 5-10 p.m. maps to all venues for both visual and performing arts are available all over town or online at www.ci.olympia.wa.us/events/parevents/#arts]
Posted by Alec Clayton at 8:35 AM