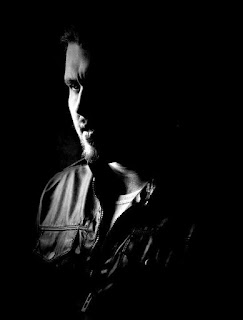 Hell hath no fury like a lover scorned. Spartan king Menelaus loses Helen to Paris, and he launches a thousand ships to reclaim her and raze Troy as a pretty bonus. Mark Zuckerberg’s girlfriend dumps him, and he passive-aggressively retaliates by building his own empire not on land, but online (at least according to The Social Network).

And now we come to the dark tale of Khane Black. He also has taken his fight to the Web, but in a much deadlier way - by kidnapping his ex and threatening to execute her publicly on YouTube for all the world to witness. Some folks just do NOT handle rejection well.

The line between villain and victim, life and art, gets harder to see the more you watch Khane Black, the first feature written and directed by and starring Christopher Cline of Tacoma, Washington. He plays the deranged title character, a man obsessed with delusions of both retribution and grandeur. Khane clearly wants his former flame to suffer for what he considers unforgivable sins. Yet at the same time he seems to relish the camera lens as his personal audience. Cline’s years as a community theater actor reveal themselves in Khane’s soliloquies and intense, at times melodramatic demeanor.

Just as this creation has turned his inner pain into a kind of grotesque public performance, the real-life relationship woes of Khane’s creator bleed through the pages of this script. Cline at one point had a fiancé who left him before they could tie the knot. Heartbroken, Cline found solace in counseling, and escape within his other great love: cinema.

He revisited decades-old classics from Hollywood’s golden age, including Citizen Kane, his favorite film. Cline saw parallels between his experience and this story of a headstrong man alienating everyone around him. With that the seed of Khane Black began to grow.

As you may have already guessed by its title, Cline’s movie pays sly tribute to Kane. Every character in Black shares his or her name either with someone in the 71-year-old masterpiece, or a person related to its almost mythic production. As the story goes in one of Cline’s favorite documentaries, The Battle Over Citizen Kane, director and star Orson Welles based his script loosely on the life of newspaper tycoon William Randolph Hearst. Enraged by the film’s portrayal of him, Hearst unleashed a personal vendetta against the boy wonder, using his far-reaching media influence to damage Welles’s status in Hollywood for the remainder of his long career.

Cline found this clash between two monumental egos fascinating. Citizen Kane shows how the forces of history and art, when on a collision course, can intertwine to an astonishing degree.

“It illustrates how powerful filmmaking can be,” says Cline. “When in the wrong hands...you can actually cause great harm, because filmmaking is such a powerful medium.”

Will Mister Black’s twisted experiment in social media succeed? Sadly, you’ll have to play into his hands and watch until the bitter end. Cline hopes for a release of his film in both DVD and Blu-ray formats by the end of 2012, but fortunately you won’t have to wait that long. Black is mostly constructed as a series of vignettes or “video uploads”; the first episode already premiered online on May 15. Twenty-two uploads remain; expect a new one roughly every week on Cline’s YouTube channel: http://www.youtube.com/ShowBizNetwork.
.