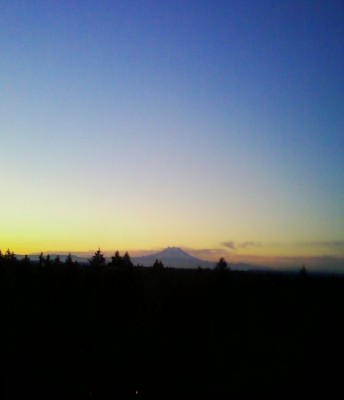 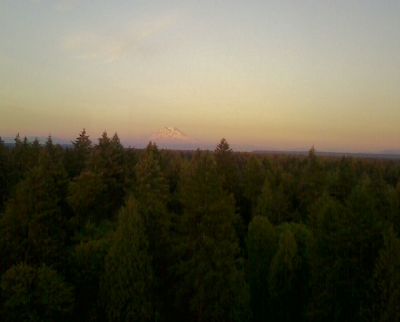 Adventures at St. Pete’s
The latest

When you have heart disease and your chest hurts, it’s hard to tell when to panic. There are so many things that can replicate heart pain. Acid reflux, stress, muscle strain or soreness. They say never take a chance; if you have chest pain, get to the ER. But my god, if I did that I’d be in the ER three days a week or more.

My latest scare came this past Thursday. I woke up with a tight chest. No more than I have a little bit of almost every day. But it usually goes away after a few minutes. This time it didn’t. And then I started having sharp pains in my chest, a kind of pulsating pain that would be barely noticeable and then build up a bit and then slack off; and then build up again. It would last just a few seconds, and it was happening almost every minute or two. I put up with it for a couple of hours, and then told Gabi and our friend Sandy, who was visiting, that I thought I needed to go to the emergency room.

I take a time-release nitroglycerin pill every morning and pop another nitro pill under my tongue whenever I have chest pain that is more than just a little bothersome. I had already taken one. In the ER they gave me more. They gave me enough nitro to blow up a hotel.

Dropped one in my mouth, and 15 minutes later another, and then put a nitro paste on my chest, and later a nitro drip intravenously. The pain never subsided.
After about an hour they decided to admit me to the cardiac ward.

Ever been transported on one of those rolling hospital beds? They go about a million miles per hour. I mentioned to the technician, a really nice guy named Aaron, that I’d noticed they always go fast. He said if they don’t go really fast the ride gets awfully bumpy and can buck the patients off. He said there were beds lined up in the hall waiting for repair that were broken or loose and wobbled like grocery shopping carts.

On the 11th floor, I got a room with a view, plus a really cute nurse who kept calling me “darling” and “honey.” Hey, I’ll take any fringe benefit I can get.
It was a bright, sunny day with temps in the 80s, but the AC in my room was set on freeze. I asked the cute nurse for extra cover, and she accommodated with a heated sheet. Ahhh, warm and toasty.

She also noticed the scar on my chest from my bypass surgery and called it a cabbage. I’d never before heard it called that.

The view out my window was amazing. Eleven stories up looking down on a parking lot with parking areas separated by large landscaped ground with rock fountains and bushes and walking paths and huge evergreens. I’m talking spruce and firs that rise 150-200-250 feet in the air, layer after layer of trees receding to the horizon where the gray shape of the Cascade Mountain range looked like cut-out cardboard pasted against the sky, and smack dab in the center of my view, framed by clouds and trees, rose the poorly named Mt. Rainier, the tallest and most heavily glaciated mountain peak in the lower 48. I say poorly named because Admiral Peter Rainier never even set foot in the U.S. and was actually an enemy combatant (to use a more contemporary term) in the Revolutionary War. I much prefer the Indian name, Tahoma or Tacoma.

I reached for my cell phone to take a photo, but in the picture the mountain is barely visible. The photo fails to do justice to the scene.

They drew blood to repeat the tests they’d just done in the ER, and gave me more nitro and a painful shot in the belly that left an ugly purple bruise surrounded by a kind of sickly greenish-gray halo about the size of a silver dollar.

They never could find anything wrong with me, but around dinner time the frequency, if not the severity, of the pain started to gradually subside, and by the next day it was almost completely gone. They served me a delicious dinner. The old cliché of bland hospital food no longer holds. At least not in this hospital.

Gabi and Catherine came out to visit with me, and Catherine brought me two books to read, Jim Lynch’s Border Songs and On the Move, a memoir by S.R. Martin, known as Rudy, a founding faculty member at The Evergreen State College and one of our oldest friends. (When we moved to Olympia, the first friends we met were a group of writers who were in Rudy’s writing workshop at Evergreen.)

They kept me overnight. I started in on Rudy’s book and got halfway through it before going to sleep.

The next morning they wheeled me downstairs to take a stress test. They had me walking on the treadmill as fast as I could go for as long as I could take it, and when they finally stopped it I almost passed out. I got weak, trembly, light headed. The nurse and doctor had to help me off the treadmill and lay me down on a gurney. The nurse said my face turned pasty white. My blood pressure had bottomed out, mostly because of all the nitro and other heart medicines, which lower blood pressure. They gave me intravenous fluids to bring it back up, which took only a minute or two. When I first got to see the numbers it was 80 over 53. That was after they had brought it back up. I don’t know how low it got.

But then I was fine. They brought me back to my room and I ordered breakfast, an omelet, and two hours later they dismissed me. That night I went to a play in Puyallup. I feel perfectly fine now except for the bruises and tape residue from all the leads they stuck to my body and all the places they poked me with needles. I still don’t know what caused the pain, but it’s gone. I have a new prescription to treat acid reflux, as that’s the most likely cause of non-cardio chest pain.

I probably owe all of the crap to a lifetime of eating Southern fried chicken and smoking a pack of Pall Malls a day. I don’t miss the cigarettes, but I sure miss that chicken.

The photos above were taken on my cell phone looking out the window in my hospital room, one at sunset and the other at sunrise the next morning.

Scary story, Alec. I'm glad that you're back home to tell it. Hugs.

For a look back at what Alec has dealt with in his heart medical history see this http://www.gabiclayton.com/alecs_heart.htm