Tacoma Little Theatre's "On Golden Pond" is better than the movie 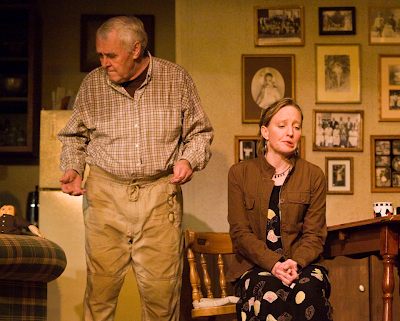 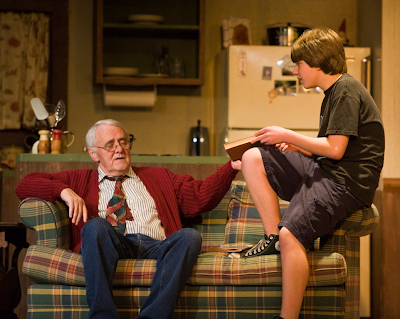 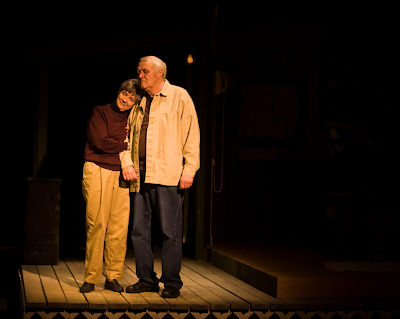 “On Golden Pond” at Tacoma Little Theatre is a very realistic and touching play that invites audience members into the lives of Norman and Ethel Thayer as we summer with them at their lakeside home. We are left glad to be alive and happy to know the Thayer family. Plus, as lovable but crotchety old men go, none are more lovable than Norman Thayer, played here by Clark Maffitt in his homecoming debut after four years away from the Tacoma area.

This is one of those plays that beg comparison to the movie because the triple Academy Award winner featured iconic performances by Henry Fonda and Katherine Hepburn (Best Actor, Fonda; Best Actress, Hepburn; and best writing for Ernest Thompson, who also wrote the play). I went into the theater thinking about Henry Fonda as Norman, but forgot about him the moment Maffitt’s Norman opened his mouth. From that moment forward I was completely immersed into the lives of this loving couple.

“On Golden Pond” is, throughout most of the story, a lighthearted look at aging. It’s Norman’s eightieth birthday, and he refuses to go gently into old age. He’s feisty, cantankerous and outlandishly witty; but it’s all a cover for a kind heart and very real fears about his body and his mind breaking down. It’s also about Norman reconciling with his estranged daughter, getting to know her new boyfriend, and learning to love his soon-to-be new grandson.

The scene where Billy Ray asks Norman if it’s all right for him to sleep with his daughter contains some of the funniest dialogue ever written for the stage (“Would you like the room where I first violated her mother?”).

The cast is outstanding. Syra Beth Puett is believable as the long-put-upon and kind Ethel. Steve Tarry is suitably stiff and somewhat geeky as the new boyfriend Billy Ray. Christie Flynn makes for a very likeable daughter Chelsea, and Joseph Allegro is very good as the smart-alecky and lovable 13-year-old Billy Ray Jr. One other supporting actor, and the only one not in the family, is Erik Hill as the postman who was Chelsea’s childhood friend who still carries something of a torch for her. His New England accent is wonderful, and he brings a lot of comedy to his few short scenes.

But it is Maffitt who carries the show. He has the most time on stage and by far the best lines, and he truly embodies the character he is portraying. His love for his family shines through even when he is berating them with his most sarcastic barbs, and when he gets lost or afraid he truly transmits his fear and confusion to the audience.

Now, here comes the inevitable movie comparison. You really can’t expect any actor to outshine Henry Fonda and Katherine Hepburn, but these TLT actors definitely hold their own.

The big difference is the movie contained highly dramatic scenes with Chelsea trying to do a back flip and Norman and Billy Ray Jr. fishing. These are typical Hollywood scenes that would be impossible to do convincingly on stage. They are not in the play, and the play is better without them. It concentrates instead on the inter-family relationships, which in many ways makes it a stronger and more focused story.

Set designer Erin Chanfrau really outdid herself on this one. Angling the entire set slightly to the right was a brilliant move.