ARTISTS YOU NEED TO KNOW 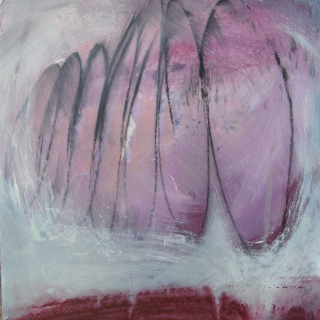 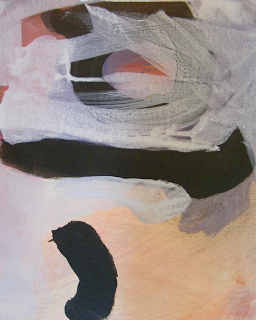 Olympia artist Becky Knold is a beginner and pretty much self-taught as a painter. She started painting seriously only five or six years ago, and her only formal training has been a few classes at The Evergreen State College. And now she's one of the best unknown painters in the South Sound area.

I first met Knold about 15 years ago when she came to see my work during a studio tour. She wasn't an artist then and I didn't know she had started painting until just a few months ago when she began posting a few photos of her paintings on Facebook. I was impressed with the few pieces I saw, and I asked if I could see more, and she invited me to visit her home. So my wife and I drove to her home where she had a dozen or so paintings spread out along a dining room wall in preparation for delivery for one of her first ever shows, a group show at Lower Columbia College with three or four other artists.

There were also a number of her paintings hanging on her walls along with paintings by other artists including one by Ron Hinson and another by Gail Wharton Ramsey, two painters whose work I greatly admire. Knold is not only a good painter, she has excellent taste. Oh yes, there was also one of my paintings on her wall, the one she bought at that studio sale 15 years ago. I'd be willing to return the favor and buy one of hers if I wasn't so poor and cheap.

Knold's paintings are abstract and often atmospheric and mysterious, usually very simple in design with a few organic shapes arranged on the canvas, or often landscape-based designs with a ground and horizon line but without recognizable objects, and many made up of roundish and squarish shapes stacked close together. What is most striking about her paintings is the rich surface quality and her awareness of the picture plane and sensitivity to the placement and spacing of objects on a flat surface. These are things that most artists do not develop until after many more years of study and practice than Knold has had since she took up painting.

She also does some fun and funky sculptural figures made of natural materials such as twigs, shells, cloth and hair.

The show at Lower Columbia College runs Aug. 15 to Sept. 15.

In closing I repeat my plea to area art dealers. You need to take a look at this woman's work. It should be more widely exhibited. See more on her website here.

Added notes: I was limited in space for this article. Below are some comments not included in the original.

Look at the paintings above.  Notice the atmospheric and mysterious qualities. What are these forms? Where are they? Are they floating in space, atmospheric but two-dimensional space or the vast expanse of extraterrestrial space? Notice the contours of the strange pod-like forms at top and how they are simultaneously enclosed and open. Notice the similarity of colors between the pink at top and the red band at the bottom and how the drips and marks in the bottom half resonate with similar marks at top. In the lower painting, notice how the three dark forms are on three different planes: the circular form at top is behind a veil, the dark horizontal shape is flat on the picture plane, and the lower dark shape is on top of the picture plane.

It's sometimes hard to explain what makes some abstract paintings work and others not. It's not just a matter of putting fun shapes and colors on the canvas. It's much more complex than that, as, hopefully, the above paragraph illustrates. Whether consciously thinking about it or reacting intuitively, I have no doubt that Becky Knold, on some level, was aware of those things while she was making these paintings.