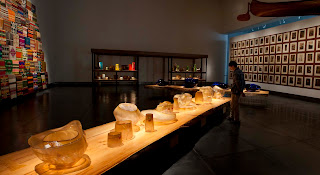 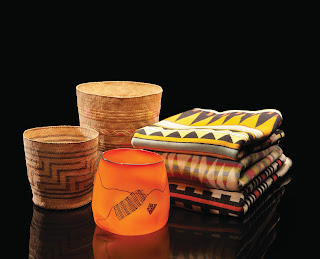 Tacoma Art Museum tries to cater to every taste and every demographic by mounting exhibitions that range from the traditional and historic to today’s most revolutionary and idiosyncratic art. It seems the museum tries very hard to balance a need for catering to popular taste — that is, bringing in work that will get folks to open their wallets — and simultaneously keeping up with the latest trends and movements and fulfilling a responsibility to educate the public. That’s a tall order, and for the most part TAM succeeds.

Just when I think TAM is on the verge of selling out — oh, god, another Chihuly exhibit, and this right after the blockbuster Norman Rockwell show — they do something gutsy like bring in the highly controversial Hide/Seek: Difference and Desire in American Portraiture, which it was recently announced will make an appearance at the museum in 2012.

The new Chihuly show, Dale Chihuly’s Northwest, opened on the day the rapture was supposed to happen and will run through September.

Just as TAM surprises me every time I think the museum is getting to be predictable, so does Chihuly every time I think I never want to see another of his pieces. After more than 20 years of seeing a saturation of works by  Chihuly and his imitators, I’ve come to the conclusion that he is a man with boundless energy and creativity, but absolutely no inner critic. He doesn’t seem to make any self-evaluation of his work; instead, he just puts it out there in endless quantities figuring if he does enough stuff some of it will be outstanding. And it is. While so much of his work is gaudy and repetitious, every once in a while he does something simply astounding.

The new show will present about 85 pieces from baskets to “Pilchuck Stumps,” plus stuff from Chihuly’s private collection of objects ranging from Native American baskets and wool blankets to canoes and Edward S. Curtis photogravures. And it will include a large walk-in installation inspired by the Northwest Room from his Seattle Boathouse.

“Tacoma is Chihuly’s hometown, and Tacoma Art Museum and Chihuly have a long history together,” says Stephanie A. Stebich, director of Tacoma Art Museum. “The exhibition honors Chihuly’s generosity to our city and our museum. This opportunity to experience Chihuly’s vision alongside his artwork is unparalleled. The fact that he chose to have the exhibition in Tacoma is a real testament to his love for our city.”

Changing gears: Hide/Seek is a controversial exhibition that has sparked heated debates all over the country. It is a survey of how artists over the past 150 years have responded to gender and sexual identity, from paintings by Thomas Eakins and Andrew Wyeth to David Wojnarowicz’s A Fire in My Belly, an unfinished film that was removed from the National Portrait Gallery exhibition, sparking a national controversy, demonstrations and renewed discussions about censorship and artists’ rights.

TAM just this past week announced that this show will be coming to Tacoma. It’s a little over a year away, but I couldn’t wait to announce it. The show is scheduled to open in March 2012.
Dale Chihuly's Northwest