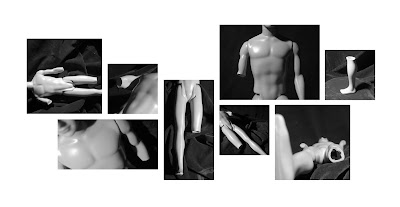 There are two Troy Gua shows at Fulcrum. The title show, Monument: A Memorial to Loss is installed in the small room to the left as you enter the gallery. Created especially for this exhibition, it is Gua’s sober commentary on the loss of life and limb in the wars in Iraq and Afghanistan. The other two rooms are filled with what gallery owner Oliver Doriss calls Gua’s bread and butter work — celebrity pop art portraits.

I won’t say much about Monument. It should be seen in person and contemplated with slow deliberation. It is stark, harrowing, sad, and a condemnation of the purposeful avoidance of reality in our mass media’s coverage of those wars. Which was, as we all should remember, official policy of the Bush administration.

The celebrity portraits are as slick and polished as custom made cars and as clever as the most inspired work of a Madison Avenue ad writer. They are tributes to iconic figures dead and alive from Marilyn Monroe and Albert Einstein to David Bowie and Boy George. And they are an homage to Andy Warhol — not cheap knockoffs of Warhol prints (those are a dime a dozen and not worth that), but serious tributes to Warhol’s genius and his fine sense of color and design.

Warhol elevated slick commercialism to fine art and made of laughable celebrity worship something akin to true reverence. He said he wanted to be a machine and was celebrated for obliterating the hand of the artist. His paintings could be, and in fact were, mass produced. But there were slippages and smears in his silkscreen prints. He never truly eliminated the personal touch in his portraits of Elvis and Marilyn and Mao. Gua’s portraits come closer to the impersonal look that was attributed to Warhol. They are more highly polished, and they truly look machine-made.

Now for the truly clever part: each portrait is a double or triple portrait, one image superimposed over another. At first glance, for instance, you see the unmistakable visage and hair of David Bowie in "The Davids." But keep looking, and suddenly there appears the face of Michelangelo’s David. You know, the 17-foot tall statue of the beautiful young naked boy who killed the giant Goliath. Perhaps you never looked all the way up to his face.

All of Gua’s portraits morph from one person to another — often people who are such exact opposites that seeing them associated in this way can be shocking, such as "The Elton John Wayne," which melds the faces of the Duke, a homophobic entertainer, with Elton John, an openly gay entertainer. Or "The Queens of England," an actual queen of England with Boy George, the other kind of queen, who happens to be English. All but one of the portraits combine the faces of two iconic figures. The one exception is a portrait of Michael Jackson that is layered not with the image of another celebrity but with two very different images of Jackson, who notoriously changed his appearance over time.

Some of the other portrait combinations are Chairman Mao/Mickey Mouse, and Albert Einstein/Marilyn Monroe. Each of these portraits is a beautifully thought-out design, and Gua’s color choices are excellent. Many are in gray scale, some with just a touch of color, most notably on the lips. Others are monochromatic, and many use complementary color schemes. The colors in The Elton John Wayne are the most striking and also the most reminiscent of the kind of colors Warhol favored.
You really ought to get down to Fulcrum and see this show.