The other glass museum 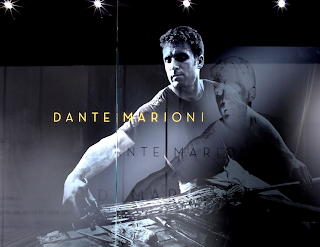 Hotel Murano is a monument to glass art

The finishing touches are being put on the $20 million renovation of the Hotel Murano, formerly the Sheraton, in downtown Tacoma. The Murano is part of the Providence hotel chain, a leader in the contemporary trend of hotels that are showcases for art. Quite a change from olden days when hotels were known for cheap reproductions that were chosen to be unobtrusive and hopefully overlooked. Each hotel in the chain prides itself on world class art, and each hotel centers its art around a theme. There’s already one in the area, Murano’s sister hotel, Hotel Max in Seattle, which is filled with works by emerging local and regional artists. In acknowledgment of Tacoma’s growing status as a center of glass art, Hotel Murano is a showcase for contemporary glass art from around the world.

Among the artists represented are regional artists Martin Blank; Dante Marioni, who is currently showing at both the Museum of Glass and Traver Gallery in Tacoma; Preston Singletary; William Morris; Cappy Thompson; Brent Kee Young; Catherine Newell; Ross Richmond; and Dale Chihuly. Among international artists is Karen LaMonte, whose cast glass dresses were such a hit last year at the Museum of Glass.

The hotel’s collection includes 40 artists from around the world. In the lobby area and grand corridor are works by Chihuly, Thompson and others, and a chandelier by Massimo Micheluzzi. This chandelier in blown and mirrored glass is silver in color and features delicate tendrils that look like they were shaped out of molten mercury.

In the corridor stairwell hang three magnificent glass Viking ships by Vibeke Skov of Denmark. Each colorful ship illustrates popular Norse legends. They are bright and colorful and can be viewed from multiple angles, including from above and below.

Outside in front of the main entrance will stand a 104-foot tall steel and glass sculpture by Greek artist Costas Varotsos, which is expected to be worth $2 million when it is completed.
Each of the 25 floors is dedicated to an individual artist. The hallways feature one work by each artist with museum quality wall texts in etched glass and photographs of the artists at work or other documentation related to the featured artist. Inside each room are sketches or other preliminary studies by the artist featured on that floor.

Curator Tessa Pappas and hotel spokeswoman Dina Nishioka escorted me on a guided tour of some of the floors where the artwork has already been installed. I was most impressed by “Idolito,” a blown glass figure by Seattle artist William Morris that looks like some kind of ancient mythical creature — half man and half horned beast. Morris’ works are typically dark and opaque, looking more like burnished metal than glass. His grainy, high-contrast drawings in the rooms are very striking.

I was also impressed by the Marioni exhibit on the 12th floor. The dramatic black and white photograph of the artist etched in glass contrasts nicely with the delicate yellow vases on display.

One of the more interesting displays is the 24th floor featuring Peter Bremers, whose abstract glass sculpture was inspired by icebergs. Rather than photographs of the artist at work, the walls are lined with photographs of the icebergs that inspired him.

In addition to art throughout, the hotel features hand-blown glass lamps, widescreen plasma televisions, iPods, and a unique choice of pillows and spiritual reading matter in every room.
The hotel is scheduled to open March 1.