“Susan Sontag” A 1975 portrait by Peter Hujor that’s part of the "Hide/Seek" exhibition. Courtesy National Portrait Gallery, Smithsonian Institution
The internationally-acclaimed exhibition Hide/Seek: Difference and Desire in American Portraiture caused a ruckus when it debuted at The Smithsonian Institution's National Portrait Gallery in 2010. David Wojnarowicz's unfinished film, A Fire in My Belly, was removed from the exhibition, sparking a national controversy, demonstrations and renewed discussions about censorship and artists' rights. Rep. Eric Cantor (R-Virginia) called the exhibition "an outrageous use of taxpayer money," and a spokesperson for House Speaker John Boehner told The Hill newspaper "Smithsonian officials should either acknowledge the mistake or be prepared to face tough scrutiny beginning in January."

Tacoma Art Museum will proudly include A Fire in My Belly along with photographs and paintings by a slew of famous American artists with an eye toward issues of gender and sexual identity over nearly 150 years of American art. Yes, this is the queer show. And despite outrage by a few people such as Cantor and Boehner, it has been a stupendous success with audiences across the country. 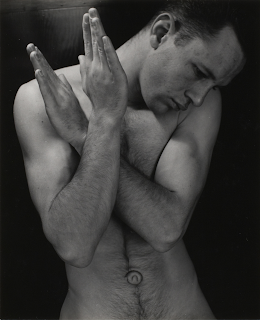 Hide/Seek is the first major museum exhibition to address the questions of how gender and sexual identity have dramatically shaped the creation of modern American portraiture. With the cooperation of the National Portrait Gallery, Tacoma Art Museum has reconstituted the exhibition in concert with the Brooklyn Museum. It traces the evolution of sexual identities through a diverse range of artworks including paintings, sculptures, watercolors, prints, photographs and video. "The exhibition features artists and sitters with a range of identities, from exclusively same-sex to exclusively heterosexual."

Hide/Seek re-examines themes of sexual difference by depicting modern Americans and by highlighting the role of art and artists in ensuring that diverse and rich communities lead to a stronger social fabric.
"Tacoma Art Museum stands uniquely positioned to present Hide/Seek," says museum director Stephanie A. Stebich. "We sit in a diverse and welcoming community that values freedom of expression and the open exchange of ideas. At the museum we see ourselves as a safe place to present works of art that express different points of view."

When asked about A Fire in My Belly Stebich says TAM would not have agreed to the show if it was not included.

Art from the early modern era includes works by masters such as Romaine Brooks, George Wesley Bellows, Marsden Hartley and Georgia O'Keeffe. The show continues through the postwar periods with works by Jasper Johns, Robert Rauschenberg, Agnes Martin and Andy Warhol. It looks at the impact of the Stonewall Riots of 1969, the AIDS epidemic and the advent of postmodernism and themes of identity in contemporary art. The exhibition continues through the end of the 20th century with major works by artists including Keith Haring, Glenn Ligon, Nan Goldin, Felix Gonzalez-Torres and Catherine Opie.

In the days of Eakins and Sargent it was not safe to be openly gay, and many depictions of gay culture were cloaked in secrecy and gayness was often revealed only through veiled code. There has been much speculation about whether or not Eakins was gay, primarily because of his many paintings of naked boys - athletes and innocently cavorting skinny-dippers - but if he was gay he never admitted it.

By the mid to late 1940s we get paintings by Paul Cadmus that celebrate homoeroticism. Cadmus' amazing allegorical painting "What I Believe" divides the world in two, with gays in a kind of homosexual arcadia on one side and straights in a kind of hell on the other. Included in the allegory are portraits of actual people including the artist and his lover on one side and historical figures including Adolph Hitler on the other.

More contemporary artists such as Robert Mapplethorpe and Keith Haring were not only openly gay, but made gayness a major subject of their art; whereas artists such as Andy Warhol and Jasper Johns were openly gay but did not make it a major theme of their art (Warhol more so in some of his films). Mapplethorpe has been censored and reviled for his graphic homoerotic photographs. In this exhibition he is represented by photographic portraits of the notorious gay political figure Roy Cohen (portrayed by Al Pacino in the HBO epic "Angels in America") and a picture of lovers Brian Ridley and Lyle Heeter dressed in leather and connected by chains.

"All of the works in HIDE/SEEK demonstrate how issues of LGBTQ identity has informed American art. Each work represents how these artists saw themselves within the larger American culture. Thomas Eakins molds beauty and desire into a visual metaphor based on classical antiquity. Cass Bird plays with the fluidity of gender. The stylistic differences from Eakins to Bird explore how individual expression provides the foundations of modern art. (This show) reaffirms the deep and enduring contributions of these influential American artists while simultaneously highlighting their personal experiences as society re-invented itself generation after generation," says Rock Hushka, TAM's curator of contemporary and Northwest art. "Importantly, these artists spoke through modernism to declare their identities, historically coded but with increasing boldness and positivity."

TAM's presentation of Hide/Seek will feature nearly all of the works included in the National Portrait Gallery exhibition. Among them are a poignant portrait of New Yorker writer Janet Flanner wearing two masks, taken by photographer Berenice Abbott; Andrew Wyeth's painting of a young neighbor standing nude in a wheat field; and Catherine Opie's early series "Being and Having (Papa Bear, Chief, Jake, and Chicken)," portraits that capture the fluidity and artifice of gender identities in gay subcultures.

And now a word about the Wojnarowicz film that was removed from the National Portrait Gallery exhibition. It is a silent film with black and white scenes of Mexican life intercut with surrealistic images. There is some mild violence, no sex and no nudity. The controversial part is approximately 15 seconds of ants crawling over a plastic crucifix.

There is very little in the show that could imaginably be called objectionable. Even the Mapplethorpe photos are mild - none of his more notorious nudes, and what nudity is shown in the rest of the show is tasteful. Mostly the show features portraits of people such as Walt Whitman and Susan Sontag, who happen to be gay, and works by artists such as Marsden Hartley and David Hockney who happen to be gay.

The National Portrait Gallery describes it as "(considering) such themes as the role of sexual difference in depicting modern America; how artists explored the fluidity of sexuality and gender; how major themes in modern art - especially abstraction - were influenced by social marginalization; and how art reflected society's evolving and changing attitudes toward sexuality, desire, and romantic attachment."
This is not a show designed to titillate. It is a show of historical and cultural importance featuring many works by great American artists. It comes to town at a perfect time in our state's history, in light of the recently passed law on equal marriage rights.