The Butterfly Effect at the Family & Juvenile Court 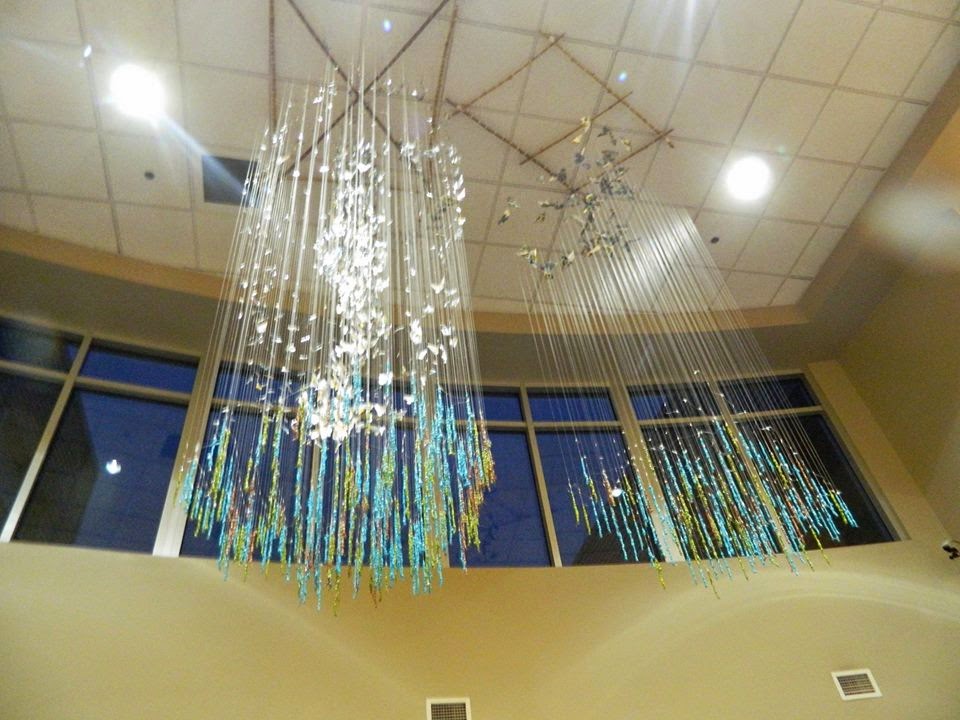 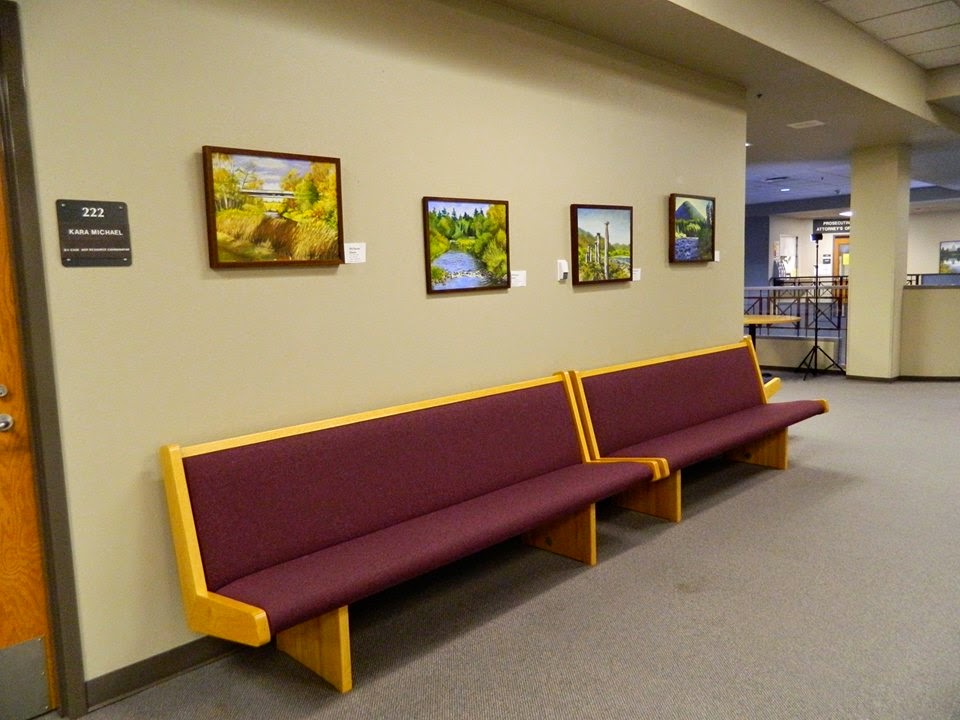 The Thurston County Family &Juvenile Court is not a place people are likely to go with the intention of viewing art, but the court is open to the public and there is a lot of exciting art to be seen.

“The Butterfly Effect” is a new permanent installation in the stairwell of the court house that was created by stringing together many hundreds (probably more than a thousand) butterflies cut out of plastic juice pouches, the work of nearly 700 students. I was told that the women who put the installation together were Carrie Ziegler and Jennifer Johnson and the people who approved it for the courthouse installation were Judge Anne Hirsh, Judge Chris Wickham and Commissioner Indu Thomas.

The massive piece can be viewed from above and below, and it is a sparkling cascade of silver with aqua blue and gold, silver butterfly wings on the top part and what looks like hanging icicles below that. It is quite festive, as if installed for the holiday season, but it will be there long after the holidays.

On the second floor is a display of Washington state rivers painted by Olympia artist Diana Fairbanks, who set herself the goal of painting every river in the state. Shown here is a representative selection of 15 rivers by my count—far from the complete series. These are lovely landscapes with a simple and natural feel for the movement and reflections of water. Her painting of the Palouse shows brave swimmers atop a cliff overlooking waterfalls with fascinating textures on the rocky face of the cliff. Along the banks of the Wenatchee bright yellow trees stand in from of a dull violet sky in a nice use of complementary textures and hues with stairstep falls in the foreground.

A similar bright yellow with tints toward yellow-green shows up in many of her paintings, not just in autumn leaves, such as the profusion of light in front of the old brewery on the Deschutes River but in industrial forms such as the railroad trestle over the Snake River.

I like Fairbanks’ almost slap-dash way of applying oil to canvas to lend the on-the-spot look of watercolor to the more substantial look of oil paint.

Also on display in the courthouse are artworks by children in the foster care system, and halfway up the stairs is one of Ron Hinson’s painted constructions. This one, with organic wing-like shapes in bright variations of yellow and white and a spiral form that modulates from blue to green to orange, is an abstract painting symbolizing Icarus, the Greek god whose wings melted when he dared fly too close to the sun. Hinson is regionally famous for his oddly shaped painted constructions, which hang in many schools and commercial establishments throughout the South Puget Sound area. This beautiful painting is typical in concept and form but atypical in color. I’ve seen many of his paintings, but never one with such pale and sunny colors.