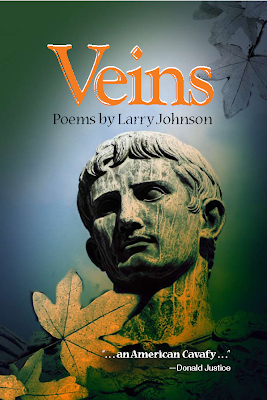 I’ve learned more about literature from Larry Johnson than from anyone else I’ve ever known.

When we were publishing an alternative newspaper in Mississippi, Larry showed up at our door one day and offered to help in any way he could — writing, editing, proof reading, running errands, anything we might need, and all without pay, of course, because he knew we were barely scraping by. Larry was a poet and a teacher of English temporarily between jobs at various colleges. He wrote book reviews and helped us choose from the many manuscripts that were sent our way, and he introduced me to some great writers such as Cormac McCarthy, who had a kind of cult following back then but was not widely known. He also introduced us some of his former college classmates such as Jack Butler, who had recently published a book of poetry called The Kid Who Wanted to be a Spaceman and the novel Jujitsu for Christ. Through Larry we got also got to know the late Larry Brown who was unpublished at the time but would soon be recognized as one of the hottest writers in the field that Barry Hannah dubbed Grit Lit.

It was in about 1985 that Larry let me read his unpublished poetry book, Veins. It was a hard book to read. Densely packed with literary and historical references that required some study on my part. I liked the music of his words. I liked the rhythms, the alliterations, the metaphors, but I had to do a little research and ask a lot of questions to understand all the references to people like Yukio Mishima and the Roman emperor Hadrian.

It took him almost two decades to find a publisher for his book. Probably because most publishers thought his poems were too hard to understand. I can imagine them saying, “These are great, but the public is just not going to go for them. You have to have a degree in history or literature to really get them. But he did finally connect with a publisher, David Robert Books, willing to take a chance on him.

It’s true that Larry’s poems have little or no commercial appeal and are probably too difficult for a lot of readers. They have the weight and complexity of music by John Coltrane, and they reference everyone from Roman Emperors to modern poets and classical musicians. There are poems about Ezra Pound and Marcus Aurelius and Sebelius and Caesar. There is a lovely, sad little poem about the death of a child “Near Eastabuchie, Mississippi” and a wonderful poem, “Under Halley,” that recounts the activities of various famous poets and musicians each time Halley’s Comet appeared.

To miners a vein is a deposit of rich minerals; to doctors it is the source of life; Larry Johnson’s book, Veins, is a rich repository of wisdom and literary music. It’s a small book that you can read in a single sitting, but which should be returned to again and again.