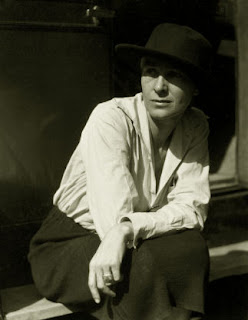 "Paul Strand: Southwest" at Tacoma Art Museum is a wonderful little photography show featuring a collection of seminal but little known photographs by a major figure in modern art - a major figure who, nevertheless, was never as well-known as the contemporaries with whom he was most closely associated.

Strand was a disciple of the great Alfred Stieglitz and, along with Stieglitz, Arthur Dove, Marsden Hartley, John Marin and Georgia O'Keefe, formed the corps of the modernist movement in early 20th-century American art. His work was so closely associated with these artists that it's almost impossible to tell the difference between his photographs from 1930 to 1933 and photographs by Stieglitz from the same period. Both took many pictures of O'Keefe and of Strand's wife, Rebecca, with similar lighting and similar poses. The two women even looked a lot alike, which is illustrated in wall texts including a Stieglitz portrait of O'Keefe that is eerily similar to one of Strand's photographs of Rebecca.

Strand also photographed ruins of old buildings in Taos and Santa Fe that are almost indistinguishable from photographs Stieglitz took of ruins of farm buildings in Upstate New York. And he photographed the same buildings in the Southwest that O'Keefe and Marin painted. (The catalog for the show pictures photographs and painting of Ranchos de Taos Church done in the same style and from the same point of view by O'Keefe, Marin, Strand and Ansel Adams.)

All of the above might indicate that there was little by way of originality among these artists, but nothing could be further from the truth. They were all pursuing similar aesthetics, and they obviously influenced one another - much in the way Picasso and Braque influenced one another in the early years of Cubism - but that is not evidence of lack of originality; these artists were light-years ahead of most of their contemporaries. They were purists and abstractionists who believed there should be nothing superfluous in art.

During the brief period represented in this show, Strand had reached a low point in his career. His marriage was breaking up as was his friendship with Stieglitz, who had quit showing his work in his gallery, and he was personally dissatisfied with his work. It is said that Strand did not like the photographs he produced during his three years in New Mexico. Most of these works were never shown, but in retrospect they may be seen as his first forays into the kind of portraits of places for which he later became renowned.

There are three distinct groupings of photographs in this show: portraits of Rebecca, landscapes, and portraits of the people and the buildings (mostly old-west ruins) of the Southwest. All have in common severe compositions with strong dark and light contrasts, a sensitive feel for the unique light of the desert regions, and a tendency toward abstraction, especially in the close-up views of adobe huts, pueblos and dilapidated Wild West storefronts. The most extreme abstraction can be seen in a hauntingly beautiful photograph of Rancho de Taos Church that is reduced to a single triangle of white against three vertical bands of gray. One band is created from a slice of cloudy sky and the other two from sections of adobe wall.

With the exception of his portraits of Rebecca, there are very few pictures of people. The vast landscapes are empty and desolate with billowing storm clouds behind the mountains. The rotting wooden storefronts and crumbling adobe speak of people long since departed. Even when people are pictured, they are often seen from behind or covered with blankets or serapes.

Rebecca looks almost more like a statue than a living woman. Proud, regal and isolated, she appears to have more in common with the Navajo warriors of the Southwest than with her artist and intellectual friends. (Notably, her cowboy father was a founder and co-creator of Buffalo Bill's "Wild West Show.")
There is a wonderful catalog for the show that reproduces most of photographs and includes a detailed history and fascinating correspondences .