A Different Kind of Reading With Christian Carvajal and Amanda Stevens

Not appropriate for young children, stuffed shirts or uptight people of any age 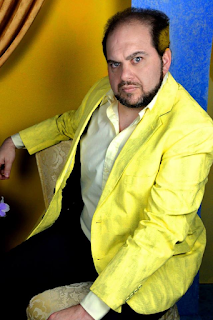 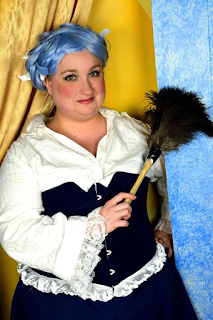 The reading from my novel Visual Liberties at the Lacey Library will be completely different than the recent readings at Orca Books in Olympia (with actors Michael and Heather Christopher) and at Kings Books in Tacoma (with actors Scott C. Brown and Syra Beth Puett) — different scene, different actors.
And you won’t have to listen to me reading the introductions to the various scenes. The actors this time are Christian Carvajal and Amanda Stevens, seen most recently in amazing performances as Orgon and Dorine in Theater Artists Olympia’s production of Tartuffe.
This time I did something I’ve never done before. I gave the actors free reign to pick what parts of the novel they wanted to read and to adapt it as needed. I trust them because I know them well. Carvajal is not only an accomplished actor and director, but he is a published novelist (I loved his novel a href="http://campanilebooks.com/books/current-catalog/lightfall-by-christian-carvajal/" target="_blank">Lightfall
) and a longtime writer for the Weekly Volcano.

Instead of doing a series of short scenes as we did in other readings, they chose a single scene that is highly dramatic but not without humor, and they adapted it so that it reads more like a short story or a play than like a scene from a novel.
Tonight (I’m writing this almost a month before the scheduled event) Carv and Amanda are going to rehearse the scene with Gabi and I as listeners. We might make a suggestion or two, but I highly doubt it because they are such skilled professionals that they won’t need guidance from the likes of me. This will be our one and only “official” rehearsal, but knowing them as I do, I suspect they’ll work on it some more leading up to the event, because that’s just what they do. They prepare for a reading or a play the way Russell Wilson prepares for a football game.
As for the scene itself, I don’t want to spoil it, so all I’ll say is that it crams a whole lot of sex, violence, and absurdity into just a few minutes. Not appropriate for young children, stuffed shirts or uptight people of any age.

For those who didn’t see the announcements/invitations, here’s the scoop:
Visual Liberties is the third and final book in the “Freedom Trilogy,” a set of novels set in the fictional town of Freedom, Mississippi. The reading is Friday, July 10 at 7 p.m. at the Lacey Timberland Library, 500 College St. SE, Lacey, Washington.
After the reading there will be a discussion/Q & A with the author (that’s me, Alec Clayton) and the actors. I’ll talk about the process of creating a three-book series and of inventing a fictional town and a whole cast of characters, and you’ll be able to ask anything you want of me and the actors. Just don’t expect us to give away the plot.

Books will also be available for purchase/autographing.
Pictured: Amanda Stevens and Christian Carvajal in Tartuffe at Theater Artists Olympia. Photos by Austin Lang