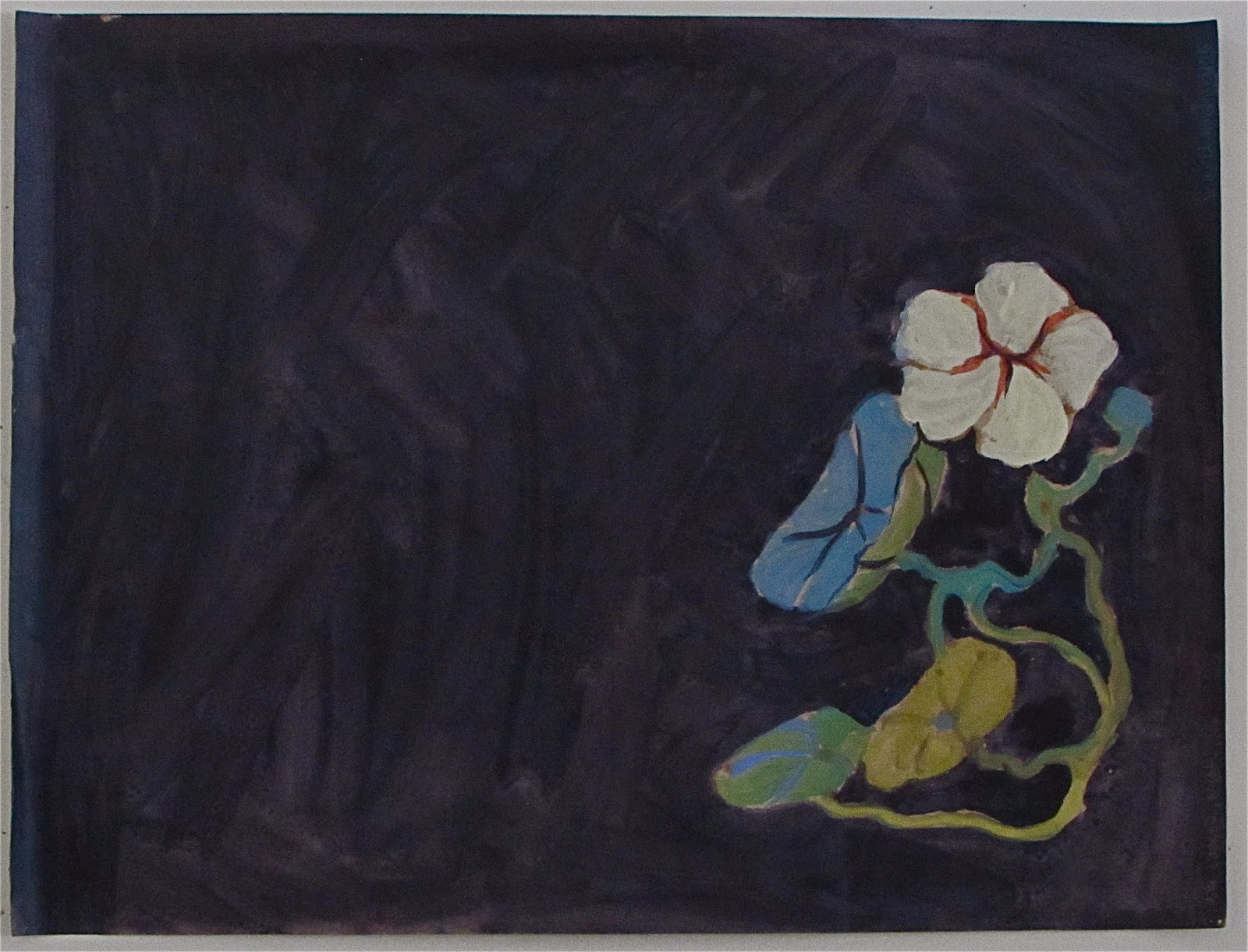 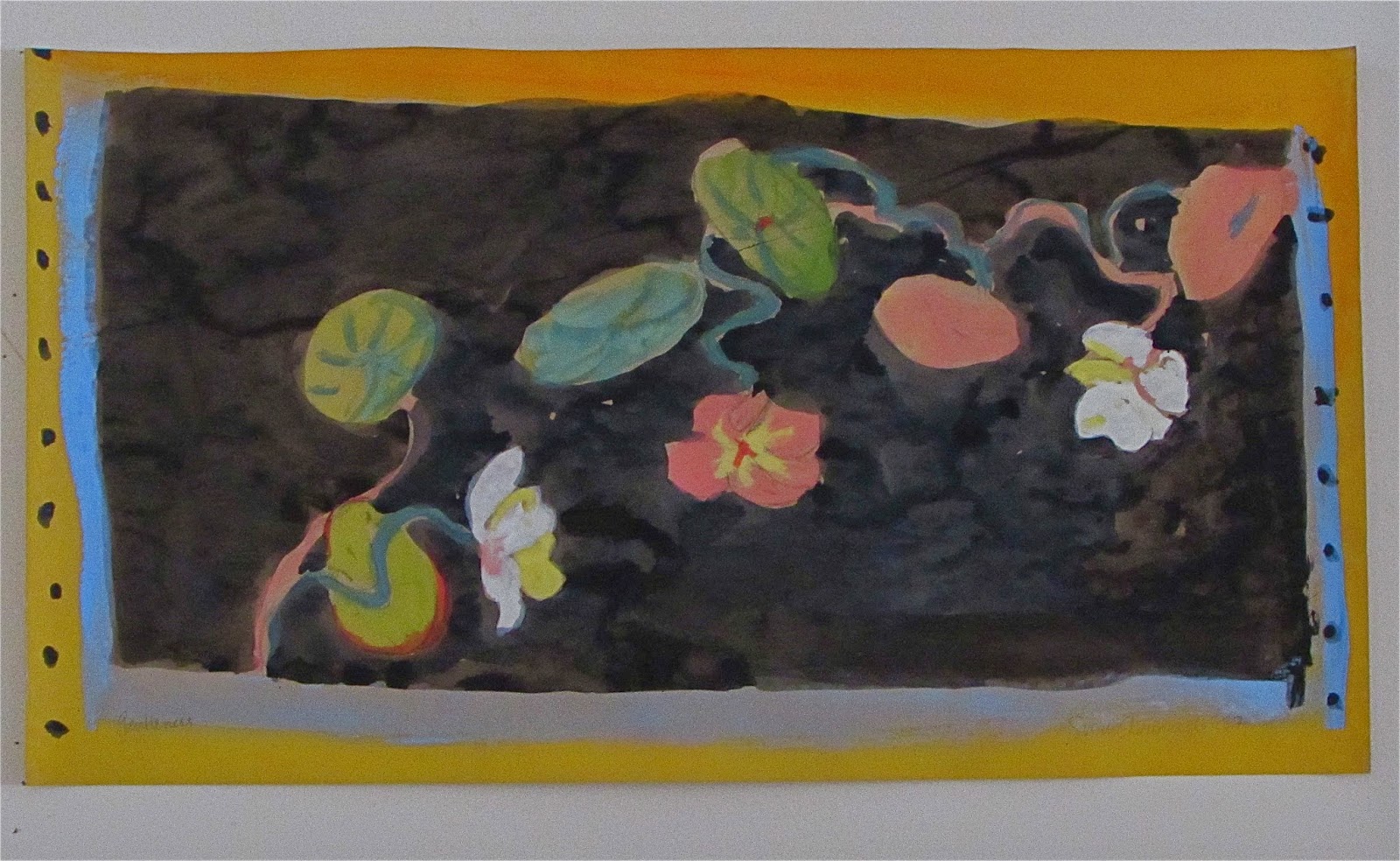 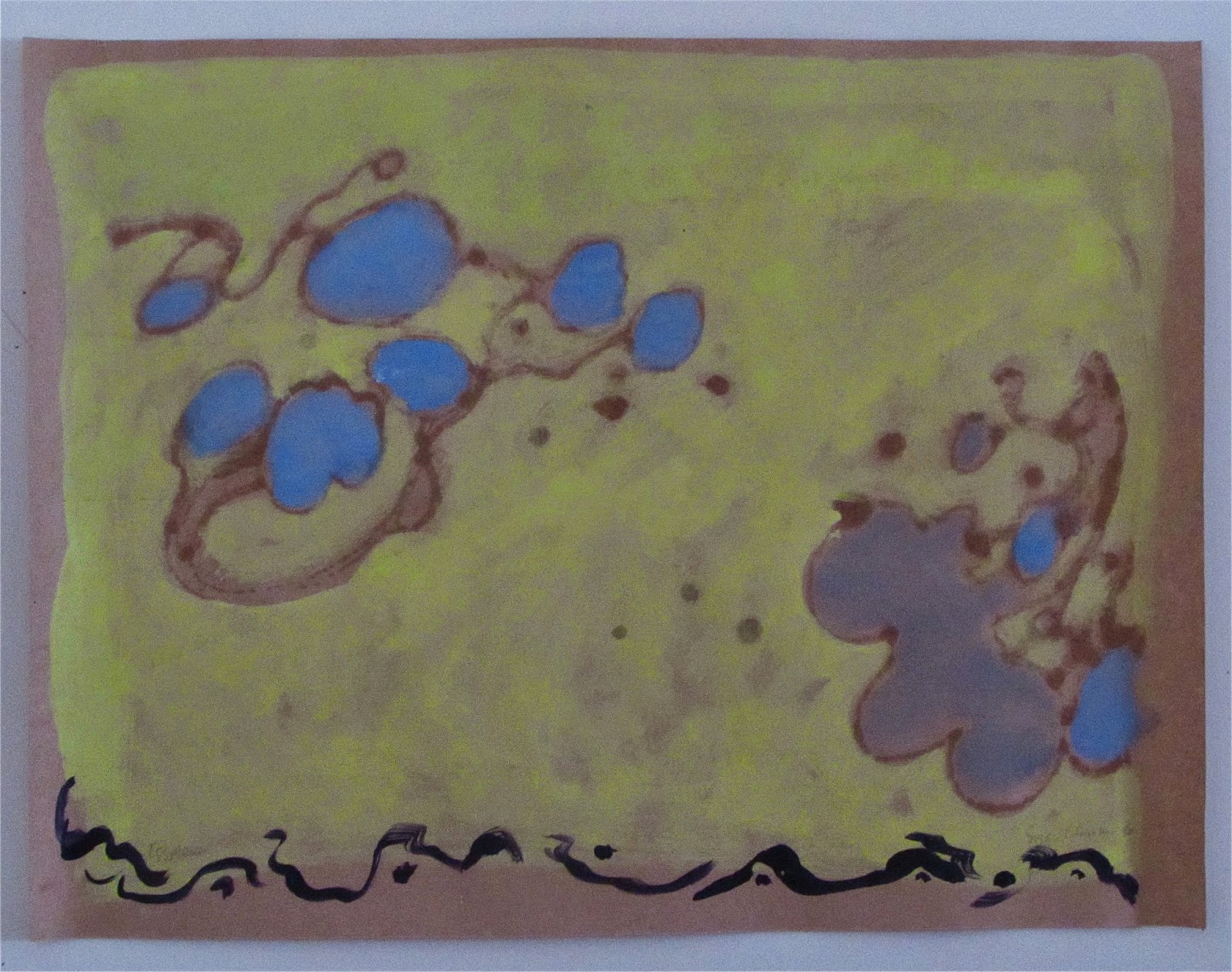 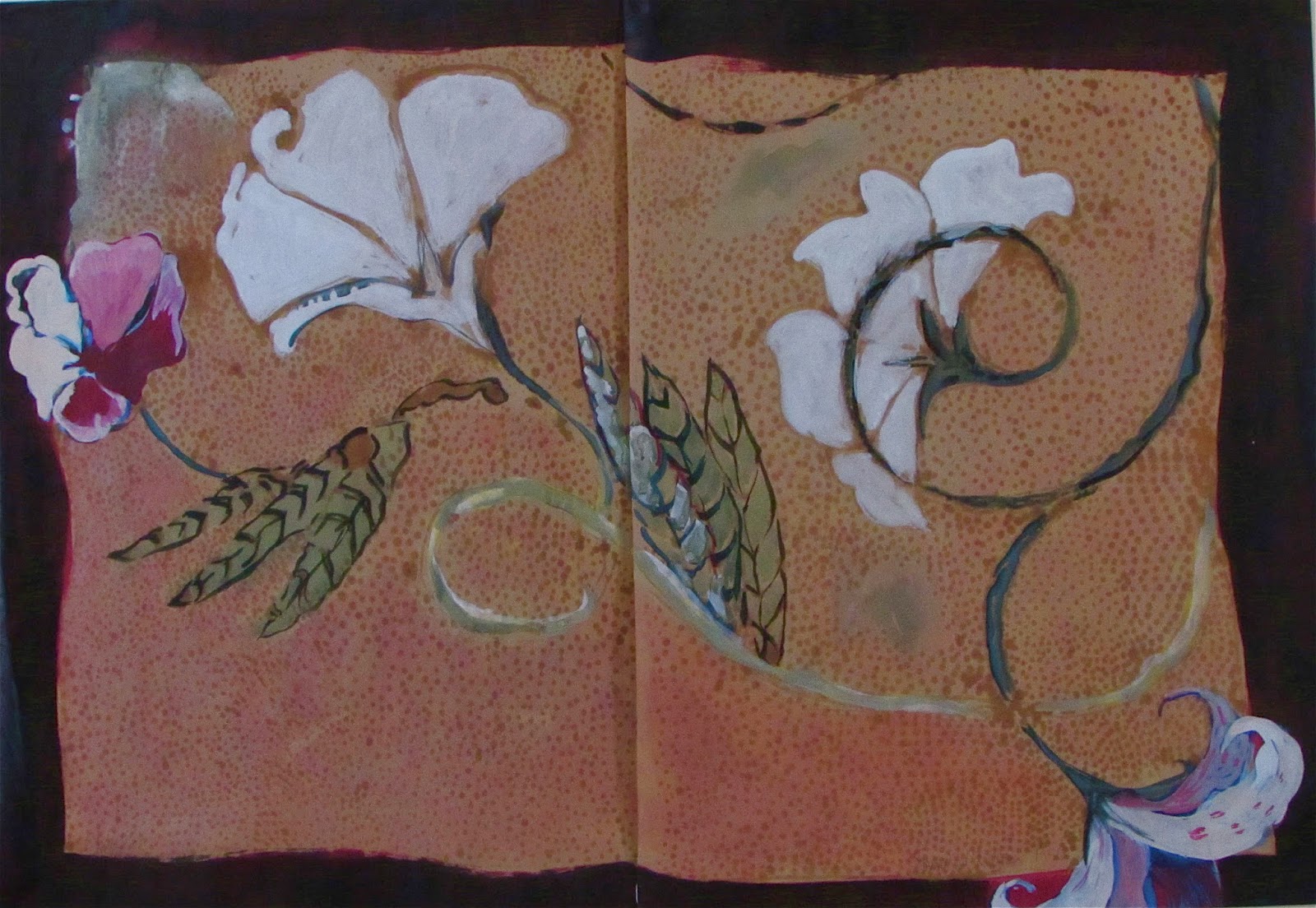 Artist and gallery owner Susan Christian worried that it might not be kosher to exhibit her own paintings at her own gallery, Salon Refu, but many friends coaxed her into it so she set up a show of her own paintings — not her most recent work but some odd little flower paintings she did about 20 years ago. As with many of Christian’s paintings, these take some getting used to.

In order to explain why her work takes some getting used to I have to look back to about 1989 or 1990. She was doing paintings that I thought were too sparse and inelegant. Minimalist painting is hard enough to like because there’s not much there; so what is there has to be outstanding, striking in form and color. But her paintings were not so striking. What stands out most in my memory was a series of mountains — nothing so grand or exciting as, say, Cezanne’s faceted views of Mount St. Victoire, but rather just a lump of  a mountain with ground and sky, all painted with very little variation in form and rather dull in color. But the more I looked at them the more I began to realize that there was something strong, unpretentious, yet audacious about those paintings.

These flower paintings have much the same quality about them. They grew out of a series of batiks she attempted after a trip to Thailand in about 1994. They are paintings in acrylic on plain brown wrapping paper. Most of the pictures are of no more than two little clumps of flowers with one or two blooms on sinewy tendrils that either snake out from the edges of paintings or float on a flat, monotone background. There is no way to describe them without them sounding clunky and unappealing; yet I like them very much, and the longer I look at them the more I like them.

They also have cool titles like “Chastity,” “Remember My Name,” “Warning the Tourist” and “White Music.”

There are a couple with small clumps of flowers floating on acid yellow backgrounds that are particularly pleasing, and a group of four small paintings on the south wall on black backgrounds that seem to defy logic. Flowers at night visible without light or displayed on black velvet like specimens? These are some of my favorites.

“Warning the Tourist,” an acrylic painting with collage is the largest work in the show and the one that is totally different from all the rest. There are mountains and sea and smack-dab in the center a collaged image of flowers that look like they came out of a catalog. Something about this one reminds me of paintings by Fay Jones, although it’s not nearly as strange. I’m not crazy about this one, and it does not fit with the rest of the show.

Another one that I like a lot is called “Snake.” I like it because of the intense pink on the edge of a white flower and because of the strangeness of the circular form on the bottom left edge of the painting. I guess it is an unopened flower bud.

It may seem ironic, but one of the reasons these paintings are good is that the flowers are not particularly lovely. This is an admittedly personal bias: I have an aversion to paintings of beautiful subject matter like flowers and sunsets and pretty but coyly posed nudes. The ART should be beautiful, not the subject matter. If you just want pictures of pretty subjects, photographs are just fine. Christian’s flowers are not beautifully arranged and are on the verge of being wilted, so what you see is not the beauty of the flowers but the aesthetic quality of the colors, shapes and placement on the paper, and the visual interaction between the subject and the background. The placement and stark simplicity of the flowers — the slap-dash quality of the painting — makes the nuanced backgrounds come alive. Furthermore, these paintings do not look contrived; they looked like they just happened. I strongly suspect that Christian did not give much thought to what she was doing but approached the pictures in the manner of an athlete or a dancer, without much conscious thought but trusting that years of practice and study are ingrained in their bodies, eyes and hands, which react almost independent of thought.

This is a good show to see and maybe go back and see again.