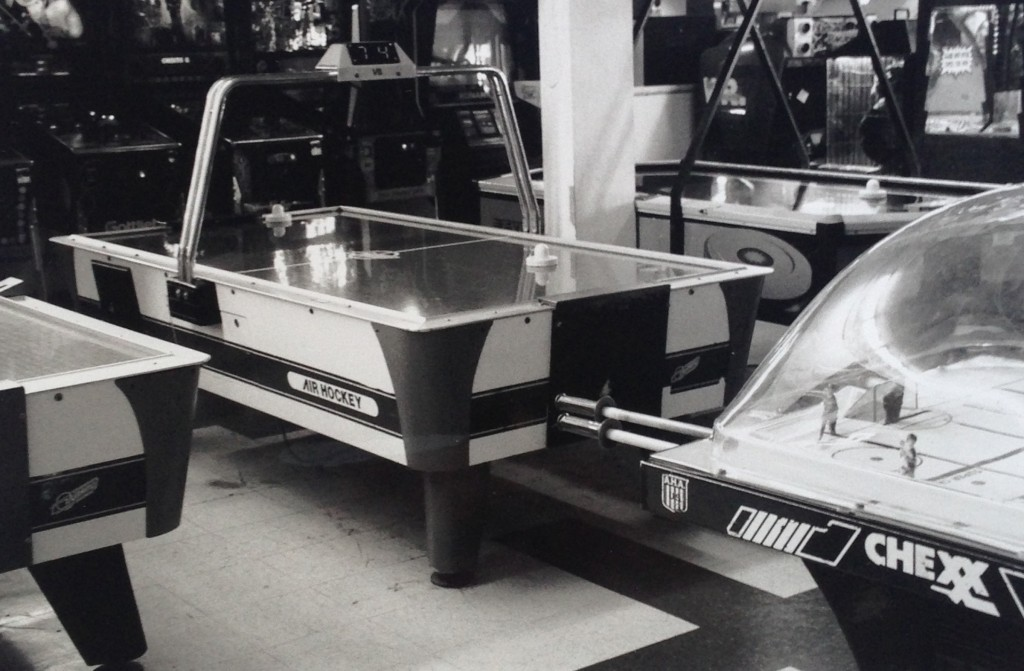 There’s something otherworldly about Gary Lappier’s photography show, Sent From Somewhere Else, at Fulcrum Gallery. That does not mean the pictures are of fantasy scenes or that they’re surrealistic or dreamily atmospheric. They are simple, straight forward, black and white shots of the B&I Market on South Tacoma Way. What is strange, sad, and mysterious about these photographs is that there are no people, no movement, no signs of life in these 23 photographs of a place that is normally bustling with activity.

What’s pictured here is like a somewhat sleazy county fair plucked out of time and set down in another dimension. Everything is clean and quiet and lighted as with sunshine after a storm. And although there are no people there are signs that once were people here. Maybe it’s the day after the rapture.

Lappier says the photographs were taken over a period of several months, not with a digital camera but with a 35 millimeter camera and developed in a darkroom. They are not available digitally, and you can’t buy prints; each photo is a unique work of art.

In a wall statement Lappier speaks of “beauty from the fringes,” and he speaks of freezing a moment “for endless viewing.”

The nearest thing to a human presence are the four manikins in one shot, all wearing black dresses, and another manikin in another photo, female and bald-headed with what looks like cuts on her head, standing in front of a display case for hats. And there is an empty store filled with boots. In another photo a carnival wagon stands in a corner of an empty store with a “Wet Paint” cone. And in another there are vacated diner booths in front of a still merry-go-round.
Balloons and children’s play areas and funky signs abound. It’s like the whole place is geared toward joyful play, but the whole place has died.

B&I is not what it once was. Still open to the public, it stands like a monument to a bygone era, and Lappier’s photographs freeze that era in time. They are beautifully composed and employ strong black and white contrasts.

In the back room there is a sad memorial to Ivan the gorilla, who was caged in the market for 27 years. As with the missing people, Ivan is depicted by things associated with him, but he is no longer there.

Lappier writes of being conflicted in his feelings about the market. His photographs speak of that conflict. They reside somewhere between sadness and kitsch.
This weekend is the last chance to catch the show.