Look! See? at Museum of Glass 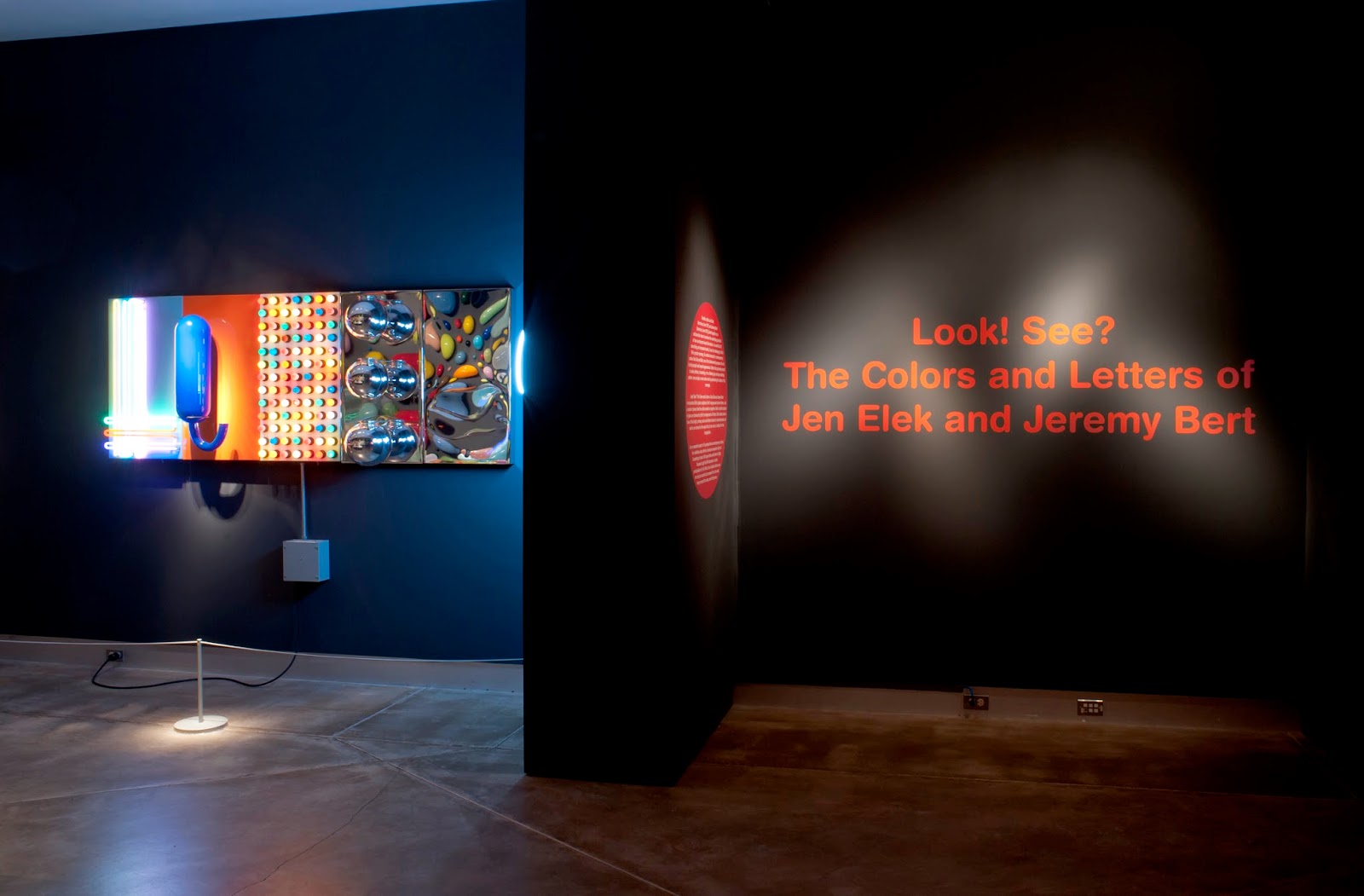 The exhibition at Museum of Glass by Jen Elek and Jeremy Bert is a colorful and interactive show of glass sculptures combined with about 50 large, refurbished neon letters that visitors can rearrange to their hearts’ content.

The show fills two of the larger galleries in the museum. It’s like an interactive children’s museum lifted from its site and set down the in the galleries. The day I was there, a large group of children of all age, plus a few adults, were moving the oversized letters around to write their names or make poems or other messages on the floors and the walls.

The letters are brightly colored and stand approximately three to four feet tall. They hang on straps from hooks on the wall or can stand up on the floor or can be worn draped on bodies like necklaces. I saw them being used in all of those ways simultaneously. There were a lot of kids in the gallery that day, and they were having a wonderful time of it.

The show is called Look! See? and there’s a reason for both the exclamation point and the question mark in the title — though I don’t need to spell it out, it should be self-evident when you visit the show.

The conceptual ideas of which he speaks have to do with the relationships between poetry and visual art and between the work of art and the viewer, neither of which is complete without the other. My guess is that many of the visitors “get it” with consciously conceptualizing it.

In addition to the interactive letters, there are galleries filled with big, colorful balls and discs and cylinders, some of which are stacked in glass cases and some of which hang on the wall surrounded by blinking marquee-style lights. On one wall there groups of the letter O and circles, some surrounded by the flashing marquee lights. Is there a conceptual puzzle here having to do with the relationship between a circle, the letter O and the numeral zero?

One long wall is completely filled with big balls in bright primary colors, and there are cases filled with similar balls, all remindful of ball pits that kids play in.

One of my favorite pieces was one called “Signal” with balls and flashing lights and other sculptural forms and neon letters spelling out the word “Always” backwards, readable only in a mirror that is part of the piece. In other works here are standing, round-top cylinders with silly faces like colorful little robots.
This is a fun show but one that I think can be appreciated more as something for kids than as serious art to be contemplated by adults. If I had young children I would love to take them, but I would not be likely to go back to see it without kids in tow.