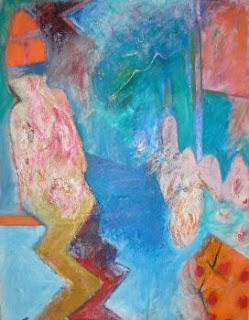 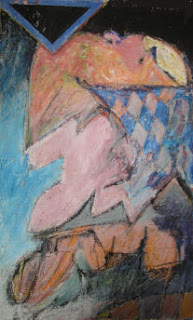 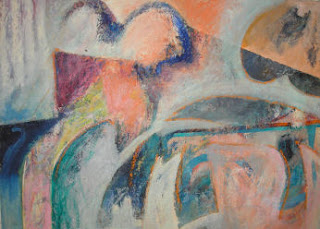 I just finished a new painting and found a couple of forgotten ones. I finished the new one (pictured at top)yesterday -- that would be Monday, 20. I called it "Dr. Strangelove" because the odd missle-shaped form at the left reminded me of the bomb Dr. Strangelove rode to his death (and, I guess, the end of the world) at the end of the movie.
The other two are older paintings I recently "found" in my studio. For some reason I have never shown either of these, and I never before took photos or slides of them. I can't remember why, but I stuck them aside and forgot about them.
The oldest of these is titled "Decade No. 70." I painted it in 1993. At the time, I was working on a series of paintings, all called "Decade." There were close to 100 in the series. I was really turning them out back then.
The last one is called "Apocalypse." I painted it in 2000.
I plan on showing all three of these in my show at a.o.c. gallery in October.
Posted by Alec Clayton at 9:42 AM