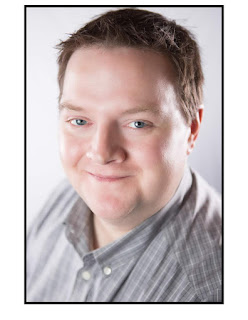 South Sound theater lovers love Chris Serface, actor, director, and Managing Artistic Director at Tacoma Little Theatre. From Olympia but now living in Tacoma, Serface has been active in theater from childhood. During his educational and professional career, he has traveled throughout the West, working closely with many theaters as an actor, technician, director, musician, volunteer, or board member — sometimes all of them at the same time.
“When I was eight years old I was in my first school play,” he recalls. “I have fond memories of it, Many Moons at Olympic View Elementary, and it was the gateway to my love of music and theatre. The two shows that really locked my love were Play On at Olympia Little Theatre 1989, and Carousel, Abbey Players 1989.
Between the seventh and eighth grades, Serface took summer Shakespeare classes taught by Carole Charles, whom he credits as an early influence setting him on a path to a career in theater. She passed away in the 1990s. “She taught up until the very end,” Serface says. “She taught a love of theater and reading to all of her students. She would schedule times where we could go see shows at Olympia Little Theatre and the Abbey Players. Through her I became a patron of the arts.”
Serface studied acting at Capital High School in Olympia. Jeff Kingsbury, formerly of Capital Playhouse, was his high school drama coach — “(Kingsbury was) community theatre director, boss, friend, and molding figure in my life. I learned much about the discipline of theater and what it takes to get the job done from him.”
At 17, he became the youngest board member of Capital Playhouse and helped that organization grow from a seasonal production schedule to year-round programming.
Serface’s first acting job after high school was in a summer stock company in Utah. He played Mike in Oklahoma. Following that he was Worker #2 in The Pajama Game and then Big Six in City of Angels.
After a spell working in retail management in Utah, Arizona, California and Washington, he returned to Olympia. And then he went to work for Tacoma Musical Playhouse, where he was Director of Education, where, as previously at Capital Playhouse, he developed a year-round curriculum.
Asked about favorite roles, he said The Cowardly Lion in The Wizard of OZ, a role he played twice. “This is such a fun and rewarding role. Watching the young children in the audience light up when they see you recreating the story for them live, instead of watching a movie.”
He credits the role of Lumiere in Beauty and the Beast at TMP as “one of the highlights of my acting career. Such an identifiable role, and I had such fun performing ‘Be Our Guest.’” (He returned to Beauty and the Beast this summer, this time as Lumiere’s sidekick, Cogsworth.)
Other favorite roles were Dave Bukatinsky in The Full Monty, which he says “really made me become comfortable with myself. I'm a bigger guy and being comfortable enough to get naked on stage took some courage and made me grow as a performer.” And then there was The Ghost of Christmas Present in Scrooge, a part he has played four times.
His favorite directing gigs have been Second Samuel, a winning play at the American Association of Community Theaters festival. “This show touched my heart when I saw it. I knew I had to direct it and waited for the right time to add it to the TLT season. I was so fortunate to have a marvelous cast and am so proud of how far we went in the AACT festival cycle.”
Gypsy, is another favorite since an early age. And he says, “Anything I've ever directed for students. I will always be an educator. I believe it is important to pass on the knowledge that one has to help the arts stay alive in our youth. I still take on high school projects so I can build our future performers in our community.”
Upcoming projects he will direct are The Rocky Horror Show at Broadway Olympia and Mamma Mia at Auburn Community Players, Spanaway Lake High School and Wilson High School.
The Rocky Horror Show, 7:30 p.m., Thursday, June 7, Broadway Olympia at Capitol Theatre, 206 5th Ave SE, Olympia, https://www.broadwayolympia.com/.