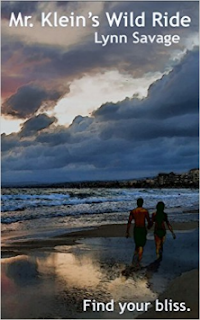 I’ve noticed that many of the great writers fill their works with cultural and historical references, puns, double entendre, and other sneaky stuff. I suspect they know full well that only a fraction of their readers will get all their bon mots, but they put them in there anyway, I assume for the sheer pleasure they get from it and perhaps in hopes that some their references and word play will give some readers a delightful ah-ha moment.

Salman Rushdie is a master of these literary devices. His books are crammed with puns and other forms of word play, and pop-culture, historical and literary references. I have thoroughly enjoyed those I’ve caught, and I know there must be many that pass me right by.

In Nabokov’s Lolita, almost every paragraph contains some esoteric reference to history or literature—or sex. I know I would have missed almost all of them if my friend Larry Johnson had not loaned me an annotated Lolita. The index was almost as long as the book. Wading through it was hard work but worth the effort. My friend Larry is a great poet, and his poetry (Veins and Alloy) is so crammed full of literary and historical references that I spent almost as much time looking things up as I did reading his poems. As with Lolita, it was worth the effort.

I remember reading A Prayer for Owen Meany and thinking how ludicrous it was that tiny little Owen was obsessed with trying to dunk a basketball. It was funny but ridiculous that Irving (never shy about excessive repetition) kept bringing it up until finally it paid off grandly, and suddenly the reader understood. There was also the clever naming of the town Gravesend. By-the-way, speaking of excessive repetition, how many John Irving novels does one have to read before one gets the idea that he likes writing about bears and wrestling?

The thing that made me start ruminating on these things was Christian Carvajal’s novel Lightfall, which I am reading for the second time. Both Lightfall and his second novel, Mr. Klein’s Wild Ride, written under the pen name Lynn Savage, overflow with clever names and witty pop-culture references. I’m sure I can’t fully appreciate all his nerdy references to sci-fi and fantasy, because my delving into these genres has been limited. But the ones I have grasped are brilliantly-sneakily funny.

Reading smart fiction sure is fun. Even for those of us who may not be as smart as the fiction we read.