Moss + Mineral is an easy-to-overlook design store tucked away in a small space on 9th Street near a now-empty bail bondsman store. They show art and photography by some of the area’s best. Featured through July (no closing date set) are works by Carlos Taylor-Swanson (fine woodworking); Claudia Riedener (ceramics); the design team of Adrienne Wicks and Jeff Libby (fine woodworking); Holly Senn (sculpture), and Harriet McNamara (photography).

Taylor-Swanson’s “Mossy Bench” is a heavy coffee table (top about two inches thick) made from walnut scavenged from an arson fire. Its “legs” lean severely to one side, but the top is perfectly flat, and extending from one end is a square metal shelf approximately two feet square with a glass top, and under the removable glass is a built-in terrarium filled with living moss. This is a sturdy, practical and beautiful piece of ultra-modern furniture by a craftsman known for his work with Madera Woodworking Studio.

Also by Taylor-Swanson is a small bureau (jewelry box size) made from reclaimed Douglas fir. It has two drawers and an eccentric shape, wider at the top than the bottom, and a beautiful combination of colors and textures.

Another well-known local craftsperson featured in the current show is Riedener with a few of her popular giant ceramic heads. These heads are somewhat cartoonish and bear a striking resemblance to the famed heads of Easter Island, which I probably would not have noticed if they had not been pictured with a comparable photo of the Easter Island heads on the shop’s website at http://mossandmineral.com.

The walls of the shop are adorned with a series of about nine black and white photographs by McNamara picturing people and places, mostly urban, which are nicely composed with strong black and white contrasts. Among my favorites are “Mort in Painter’s Loft” and “The Meme (The Same).” “Mort” pictures a cluttered corner of a painter’s studio loft with a painting propped up on the floor and dominating the picture. The photographed painting is of a man holding a gun that is aimed directly at the viewer. Compositionally it fits within the clutter of its environment like a piece of a jigsaw puzzle. The confrontational pose of the figure with the gun reminds me of images by Andy Warhol, and also of some of Roy Lichenstein’s comic book figures. “The Meme” pictures a nun in an old fashioned nun’s habit standing next to a hobby horse. This odd juxtaposition coupled with the severe downward twist of the camera angle lends to the image a disturbing surrealistic feel.

The furniture by Wicks and Libby of the Birdloft Design Studio are ultra-modern, slightly eccentric and sleek; lovely in design and faultless in construction. 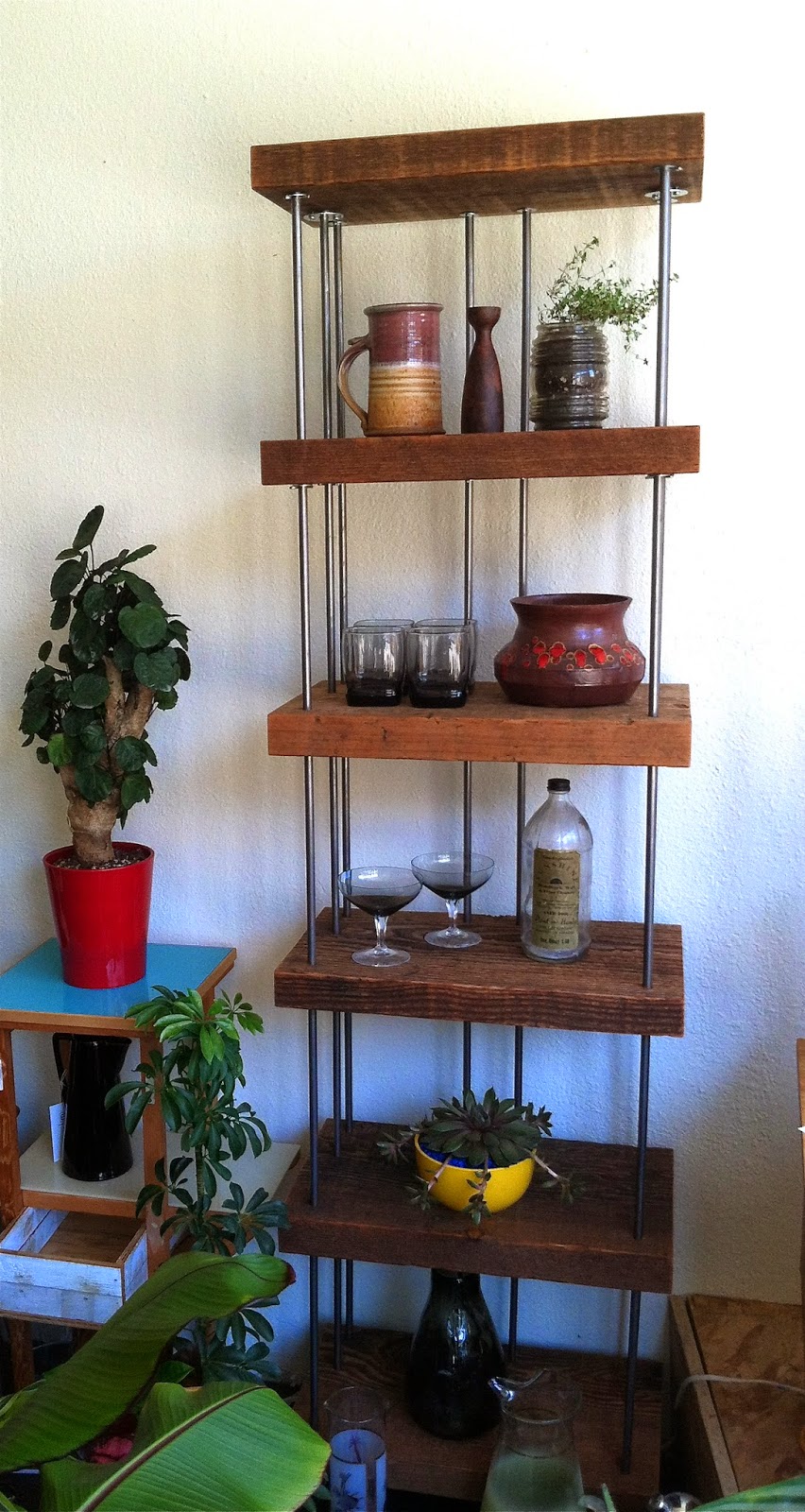 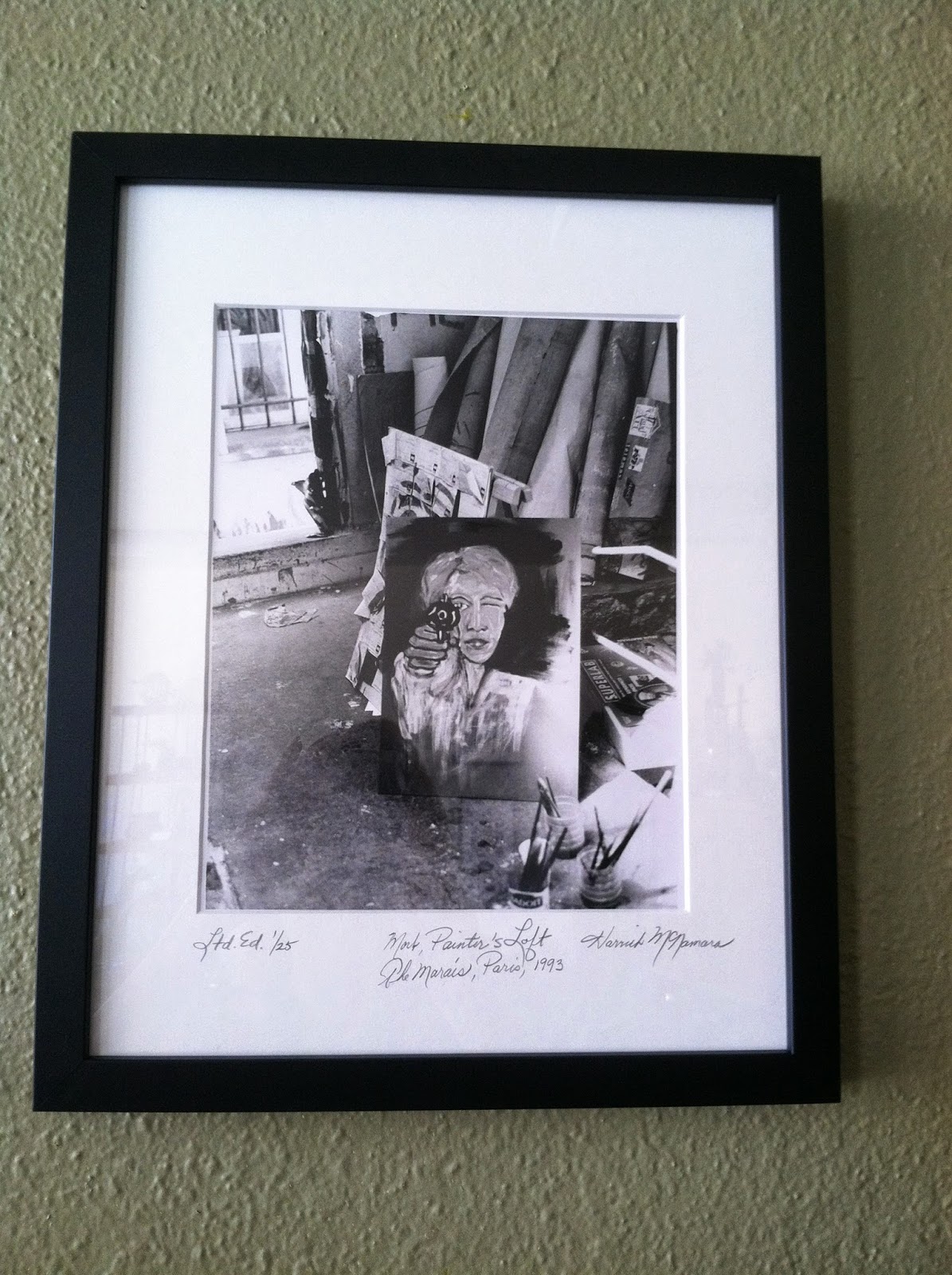 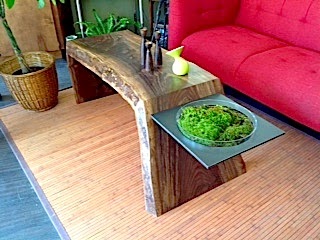