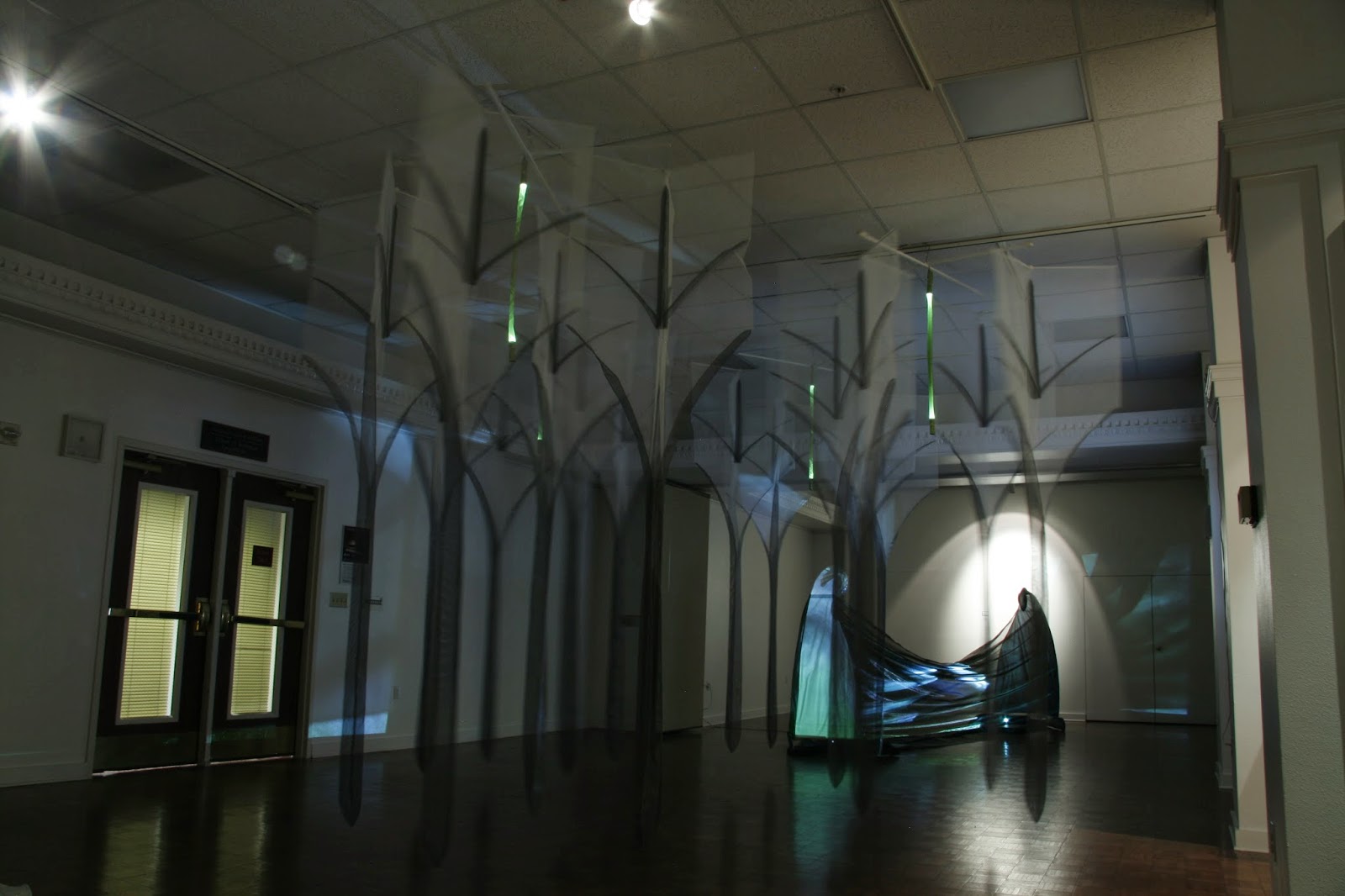 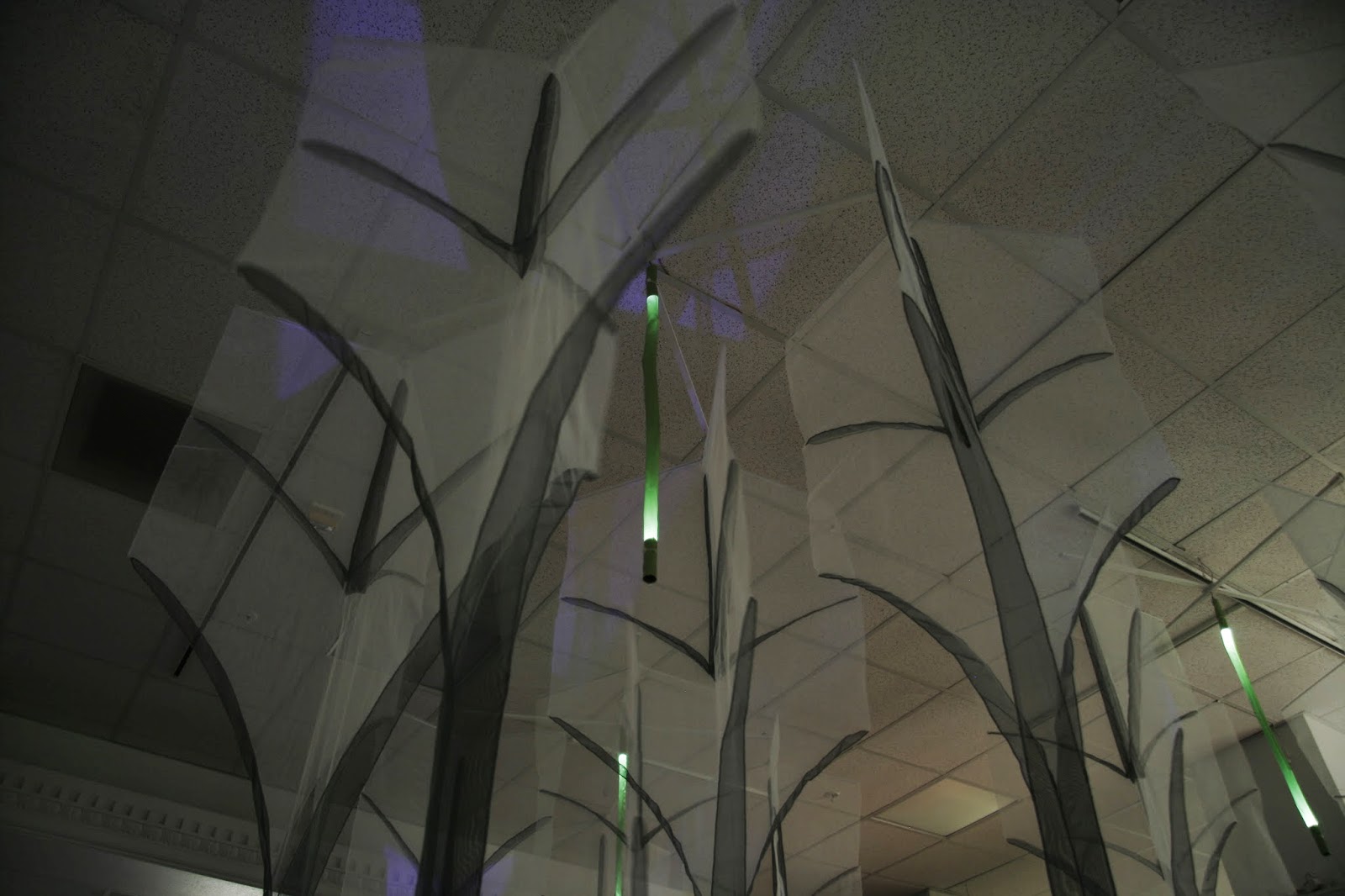 There’s only one thing to see in the art gallery at South Puget Sound Community College, but it will draw you in like the smell of pine leaves in a forest. It is Mike Adams’ Gothic Forest.

The installation incorporates video projections on suspended sewn-mesh forms evocative of natural forests and gothic architecture. Inspired by the gothic cathedrals of Chester and York in Northern England, as well as the forests of the Pacific Northwest, this forest is quiet. Walk in slowly. Take your time. Relax. You’ll have to re-immerse yourself into the struggle of everyday life soon enough.

Adams’ installation dominates the entire space of the gallery except for one small alcove with a window that has mercifully been covered. Hanging from the ceiling in the middle of the gallery are what appear to be 15 spires or columns that reflect the form of columns in a Gothic cathedral. I say “appear” because due to movement both literal and illusionary it is impossible to count them. They rotate ever so slowly, and onto and through the transparent mesh material are projected images of dense forests. The movement of the images combined with the gradual rotation on the hanging forms create the illusion of undulation. It can be slightly disorienting. The projected images pass through and onto the walls while other film projections of similar forest scenes fill the three walls of the gallery space.

The projections come from three corners of the gallery, and each has a slightly different focus. Those on the back wall as seen straight ahead when entering the gallery are in sharp focus, while those on the left wall are in soft, blurry focus and appear abstract. I could not tell whether the difference in focus was intentional or not.

The images are reflected from the shiny floor, and shadows — including those cast by people walking through the gallery — become an integral part of the installation.
Periodically one of the projections changes from a forestland film to a drawn floral image. These projections bring to mind works by two well-known regional artists: the filmed forest scenes look like paintings by Kathy Gore-Fuss, and the floral images like paintings by Juan Alonso.

Gothic Forest is a quiet and meditative installation that is quite impressive. One problem is the lighting on the informational wall plaques. There is not enough light on them to read. Fortunately, the same information is available on the announcement cards, which are available in the gallery.

Note: The photos from the same installation as seen in Seattle. Courtesy South Puget Sound Community College.
Posted by Alec Clayton at 12:34 PM