A Concise History of Northwest Art at the Tacoma Art Museum 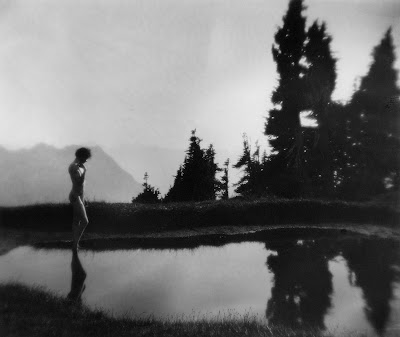 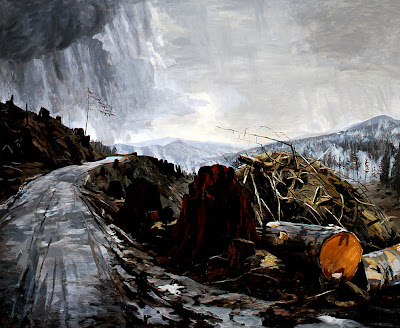 A Concise History of Northwest Art is a big, big, big show — parts of which should appeal to everyone since it has photography, painting, sculpture, jewelry, glass and ceramics covering Northwest art history since the 19th century, including art from Washington, Oregon, Idaho, Montana and even British Columbia and Alaska.

From a historical perspective this show is invaluable.

Two curators organized the show. Margaret Bullock put together the early work and Rock Hushka the modern era starting in the 1960s. I loved Hushka’s selections, but with the few exceptions of some Imogene Cunningham photos and some early works by Jacob Lawrence and Morris Graves I was bored by the older works. Let’s face it, the great art of the world prior to about 1940 was not produced by American artists, and especially not Northwest artists.

But starting with the 1960s — the works are arranged chronologically — the show becomes fascinating. There are some terrific paintings by Robert Colescott, Guy Anderson and an early Michael Spafford, plus something rarely seen anywhere, an abstract expressionist painting by Chuck Close before he started painting the photo-realist portraits that made him famous.

Stretching the definition of Northwest artists to include anyone with any connection to the area, no matter how tenuous, there is a fabulous painting by Robert Motherwell. It is the painting that was in the museum lobby for a long time. It’s not as great as the painting from his "Elegy to the Spanish Republic" series that I recently saw at the Hirshhorn in the other Washington, but it’s a really good painting.

Among the works by more contemporary artists in this show are a great painting by Randy Hayes called "Dying Light in Venice #1" (one of my favorites in the whole show); a huge, three-panel acrylic and collage by Fay Jones called "Body Fires;" glass artist William Morris’ "Medicine Jar;" a “target painting” in rich colors with expressionists drips by Jeffrey Simmons that I thought at first glance was a Kenneth Noland; and featured on the title panel as you enter the gallery a very powerful landscape by Michael Brophy.

There are also some excellent photographs by Mary Randlett and Imogene Cunningham.

This is a show that should be visited multiple times; it cannot all be taken in with a single visit. I know I plan to go back again.