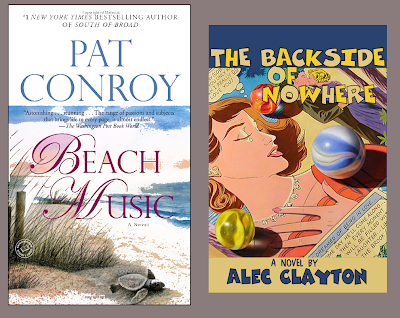 The latest review of The Backside of Nowhere comes from Linda Linguvic, an amazon.com top 100 reviewer. She writes:

Set in a Gulf Coast town, this novel does more than just give us a story typical of the region. Yes, it includes high school romances, a competitive football game, corrupt political leaders and a devastating hurricane. And yes, it deals with the endemic racism inherent in such towns. But yet the story is so engrossing that I could not put the book down. I loved the characters, including a Hollywood star who comes home to visit his ailing father. Naturally, he meets up with his old-time girlfriend and they reignite their high school romance. We learn about his parents’ background and his adopted sister with a secret. Then there is his sister who loves her hard drinking husband no matter how much he strays. All these characters came across as very real and there is a slight comic nature to the book which made it even more interesting to me and kept the story moving.

Frankly, I loved this book and actually found it better than Pat Conway’s latest, “South of Broad” because the characters seemed more real and not just stereotypes. Alec Clayton hit the mark perfectly, held my interest throughout and even surprised me at the end. Bravo! This is a really good book.

The reviewer also has an email list, and she forwarded me a note from someone who responded to the review. (name withheld):

"... it is interesting that you would compare this author to Conway.. I read a few of the latter's, and always there was something that wasn't quite right in his work, yet not distracting enough for me to put it down. Are there other things in Clayton's work that reminds you of Conway?"

I couldn't reply to the writer of that comment, but I told the reviewer that she could relay a message from me. The message is that I was aware of the similarities between Backside and Conroy's Beach Music. In both the protagonist who is celebrity who is estranged from his family, who goes back home when a parent is dying and is forced to deal with long-simmering family issues. I didn't rip Conroy off, at least not intentionally, but there was one scene in Backside that was inspired by a scene in Beach Music. It was the scene when Pop confronts the looters during the flood.

That was the only Conroy book I have ever read. I liked a lot, even read it a second time, but he has some faults that I hope I've managed to avoid. First, his protagonist is too obviously the writer's alter ego, and second, he over writes; telling and telling and telling things the reader should be able to figure out without having his drummed into his or her head.
Posted by Alec Clayton at 3:17 PM