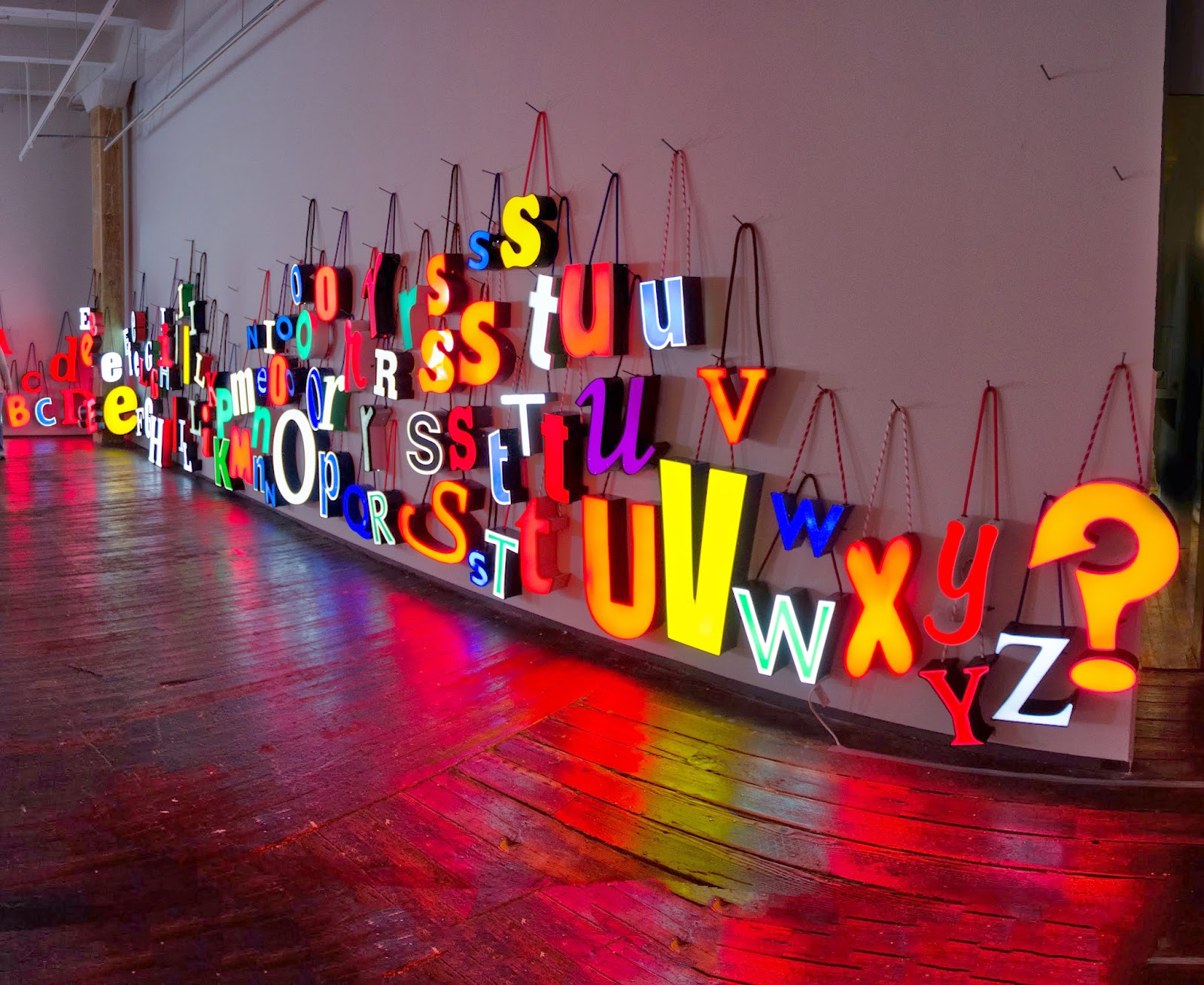 If you plan on doing some gallery hopping in the coming weeks, I suggested you wear some springy shoes because there’s a lot of hopping to do, starting with The Art of Wayzgoose in the gallery at Pacific Lutheran University through April 9. The exhibition represents six years of steamroller prints—the work of more than 20 artists—all printed on the sidewalk at the Tacoma Wayzgoose by running a steamroller over printing plates. Wayzgoose is an annual letterpress and book arts festival held at King’s Books.

Kittredge Gallery at University of Puget Sound has a show of photos using Instagram by Los Angeles Photographer John Arsenault running through April 12. Arsenault isolates exquisitely beautiful details of flowers, adding a 21st-century twist to 19th-century precedents and ideas about art and aesthetics. Also showing at Kittredge is American Qur'an by Sandow Birk. Birk has hand transcribed an English-translated text of the Qur’an. His lettering is based on the urban graffiti he finds around his Los Angeles neighborhood. Using a style that draws upon historical Arabic and Persian miniature painting, he creates images that pair each handwritten sura with relevant scenes from contemporary American life. The exhibition includes a selection of ten multipanel suras from American Qur’an, as well as two collaborative works Birk has created with his wife, artist Elyse Pignolet.

More unique photography can be seen in Sent from Somewhere Else: The Black & White Photography of Gary Lappier at Fulcrum Gallery through April 5. “Time is fluid and photography grants me the power to freeze a moment for endless revisiting,” Lappier says. “I can share a specific feeling, share exactly how I saw the subject at that specific time, in that specific moment to others. Through my photographs I hope to expose others to people, places and things they might not normally have the chance or desire to visit themselves. To show beauty from the fringes, from the smallest detail to the largest, that is my intent.” (I will review this show for next week’s Volcano.)

Look! See? The Colors and Letters of Jen Elek and Jeremy Bert at Museum of Glass is a joyful and colorful show! This pair of Seattle artists has collaborated to create an exhibition that encourages visitors to not only touch but wear some of the artworks in the gallery. The exhibition features a variety of glass sculptures combined with approximately 50 large, refurbished neon letters that visitors can touch, rearrange and wear like apparel. The primary color palette is reminiscent of children’s play equipment. “Abstract artworks are often considered less accessible than figurative or narrative work, but with Look! See? the artists create a hands-on opportunity to engage with conceptual ideas,” says Curator David Francis.

Also at MOG is Bohemian Boudoir, a collection of cut glass creations from the Bohemia region of Czechoslovakia including candle sticks, powder boxes, perfume bottles, atomizers, ring trays, soap dishes and covered jars. “These relics from a glamorous era are an amazing reminder of the dramatic effects of geo-political changes,” says Katie Phelps, curatorial assistant at MOG and curator of Bohemian Boudoir. “With the recent fascination with 1920s popular culture such as the new version of “The Great Gatsby” and BBC’s “Downton Abbey,” these exquisite pieces serve as reminder of the quality of goods that rarely exists with today’s disposable consumer products.”