The Actors of The Freedom Players Part II 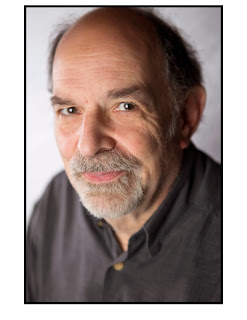 This is the second in a series of six articles about the actors appearing in Readers Theater's “The Freedom Trilogy” at the Tacoma Public Library.

This is what I wrote about Elliot Weiner in my review of Tuesdays With Morrie four years ago:
“The role of Morrie Schwartz is certainly a dream role for any actor. In his portrayal of the dying professor, Weiner gets to dance, wittily retort to Albom’s often inept questions, express heartfelt emotion, laugh, cry and portray the loss of muscle control. His dancing is not smooth, but he is, after all, an aging professor, not Fred Astaire. His sincerity, his smart-alecky digs at Albom, and the way he portrays the progression of the disease are absolutely believable.”

Weiner is a consummate actor and director who has proven over an illustrious career that he’s up to almost any challenge. He has played Asher's dad/teacher/Rabbi (My Name is Asher Lev),  H.C in The Rainmaker, Aslan in The Lion King, Big Daddy in Cat on a Hot Tin Roof and many other memorable roles. And he has directed such shows as Greater Tuna at Lakewood Playhouse and Tacoma Little Theatre, not to mention Eleemosynary, Star-Spangled Girl, Sylvia, and Steel Magnolias.
Elliot read the part of Doc Duval in the screenplay of my novel The Backside of Nowhere, and directed the workshop of the stage version.

I did not know until I invited him to take part of the narrator in this reading that he will soon be leaving us.

“Our reading comes almost 10 years to the day after I moved to Tacoma and is a fun ‘transition’ east in a couple of months. Thanks, Alec!  Before I leave, I do hope to direct a one-act play I wrote – and have it as a spay/neuter fundraiser! Be watching for announcements!

“It's been wonderful and challenging playing characters like Morrie … I've had the pleasure of working with wonderful people in directing such shows as Greater Tuna at LPH and TLT (directing Marcus and Scott) and TLT shows. Theatre is all about learning, growing and building relationships —thanks to all of you who've made it so rewarding. And please, please do spay/neuter your pets — and troublesome acquaintances.”