Today is the first Friday in eight years that I haven't had a theater review either published in The News Tribune or posted on this blog. 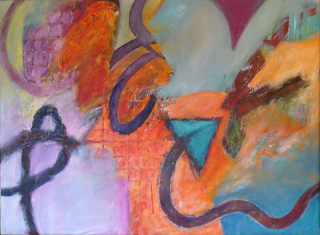 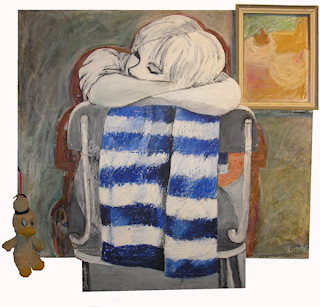 I feel kinda at a loss for what to do on a Friday if I don't have a review to post, so I'll go back to my previous life as a painter and share a couple of old paintings. The one on top is called "Dervish." I painted it in 1997 and it won Best in Show in the annual Commencement Art Gallery's South Sound Juried Exhibition that year. The other one is a really early painting, a portrait of my son Bill done in about 1985. I don't know if it's clear from the photo or not, but the figure and chair are cut out of a wood panel and attached to the canvas, and the picture frame and stuffed duck are real.
Posted by Alec Clayton at 11:54 AM