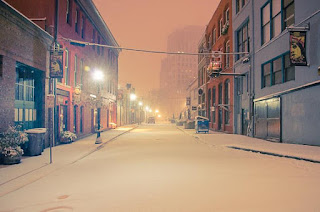 A photograph by local photographer Peter Serko is being used by The Game Campaign create a 500-piece jigsaw puzzle produced by Liberty Puzzles of Boulder, Co. The Brain Campaign is a community effort to delay the symptoms of dementia “by making brain workouts as common as cardio, and more specifically, by encouraging people of all ages to play challenging games at libraries, senior centers, YMCAs...everywhere and anywhere in Pierce County,” according to the campaign’s website. Liberty is one of the leading collectible puzzle makers in the world, known for challenging piecing, dramatic color, and durability. Puzzles are made from 1/4" plywood, and include Liberty's trademark whimsy pieces, cut in the shapes of everyday objects.  This is a limited edition, with no more than 100 puzzle sets.
“I was approached by Ken Miller about doing something to support The Game Campaign,” Serko says. “He said they were thinking about selling high quality wood puzzles. I had never given it any thought before but thought it would be a great idea.  I sent him a number of images and he picked ‘Opera Alley In Snow.’"

Serko is the writer and producer or the one-man play My Brother Kissed Mark Zuckerberg. He has more recently made a documentary film based on the play called Footnote. Currently he is doing an artist residency in a high school English class on memoir. “We are working on making short memoir films. For me it is an important way to tell my brother's story and the story of AIDS during the ‘plague era’ to young people,” he says.


davidserko.com
Posted by Alec Clayton at 8:43 AM