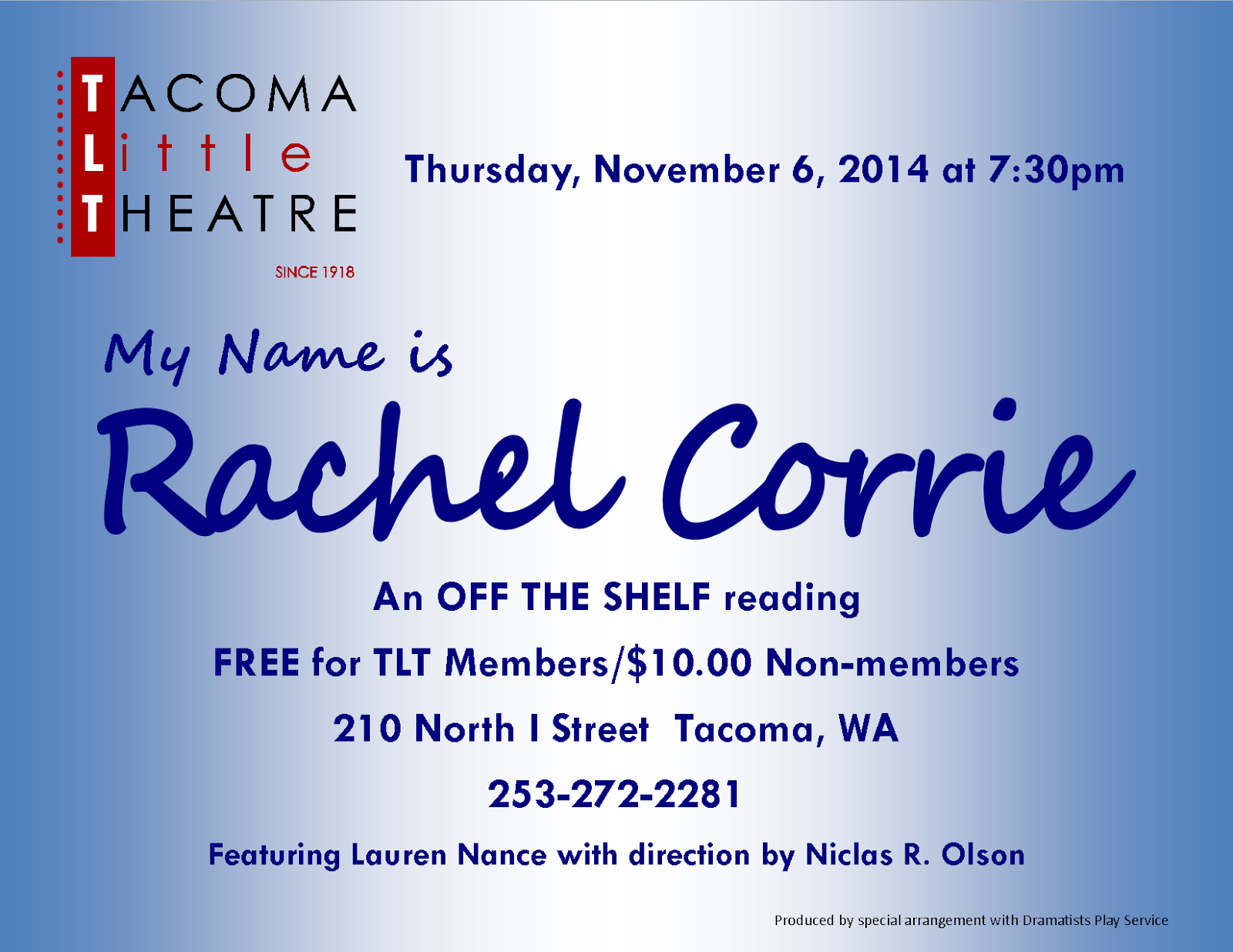 Tacoma Little Theatre presents the emotional piece My Name is Rachel Corrie, directed by Niclas R. Olson and featuring Lauren Nance as Rachel. The production will be performed one night only, November 6, 2014 at 7:30 p.m.

On March 16, 2003, Rachel Corrie, a 23-year-old from Olympia, was crushed to death by an Israeli Army bulldozer in Gaza as she was trying to prevent the demolition of a Palestinian home. My Name is Rachel Corrie is a one-woman play composed from Rachel's own journals, letters and emails-creating a portrait of a messy, articulate, Salvador Dali-loving chain-smoker (with a passion for the music of Pat Benatar), who left her home and school in Olympia, to work as an activist in the heart of Israeli-Palestinian conflict. In the three sold-out London runs since its Royal Court premiere, the piece has been surrounded by both controversy and impassioned proponents, and has raised an unprecedented call to support political work and the difficult discourse it creates.

TLT's Off the Shelf is a new series of play readings. “We know that there is a tremendous amount of wonderful theatre that deserves to be heard but sometimes just doesn’t get an opportunity. With Off the Shelf, local directors and actors will be bringing some scripts to life that we hope you will find entertaining, challenging and educational to our stage. We hope that you’ll sit back and enjoy an evening of theatre. You never know, you might see one of these shows on our mainstage in the future,” says TLT artistic director Chris Serface.

Disclaimer: This is not my writing but is a press release from TLT printed with very few changes. I did see My Name is Rachel Corrie when it played at the Seattle Repertory Theatre a few years back, and I was tremendously moved by it. I highly recommend that South Sound theater-goers take advantage of this one-night-only opportunity to experience this intelligent and heartfelt performance.