What: “The Hands that Built Tacoma” Mural Dedication
Where: below the Murray Morgan Bridge at the corner of Dock St. and S. 11th Street
When: Saturday, September 20, 3 – 3:30 pm
Cost: Free! 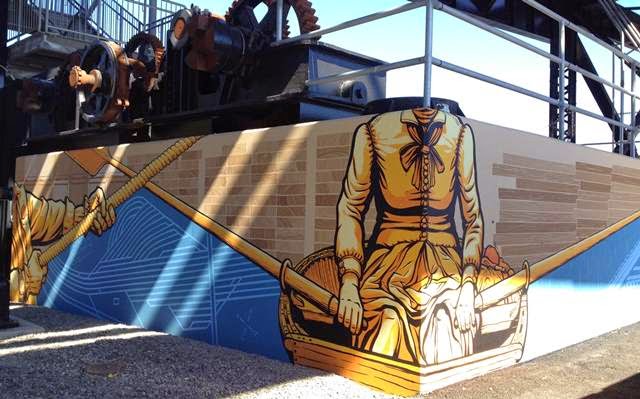 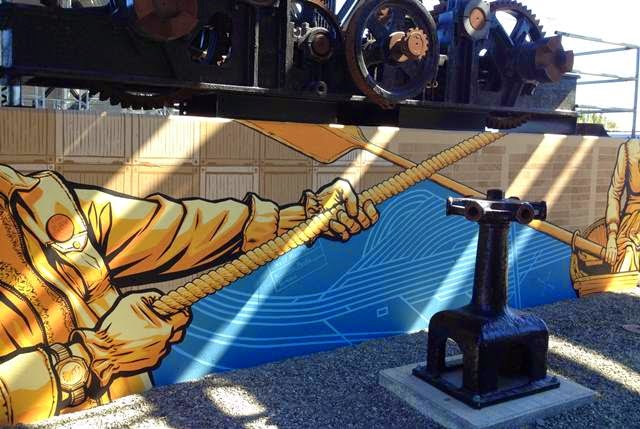 In celebration of Tacoma’s working waterfront, Nick Goettling’s “The Hands that Built Tacoma” will be dedicated during a public Maritime Fest event on Sept. 20, from 3 – 3:30 p.m., below the Murray Morgan Bridge at the corner of Dock and 11th streets.
“We are pleased to add this powerful mural that pays tribute to Tacoma’s rich history to the City’s art collection,” said Tacoma Arts Administrator Amy McBride.  “It’s bold and bright, tells a great story, and gives visual interest to both motorists and pedestrians.”

The mural was commissioned by the City of Tacoma as part of the Murray Morgan Bridge rehabilitation.  Built in 1913, the Murray Morgan Bridge was closed in 2007 due to safety concerns, and restored and reopened 100 years later, in 2013. This $12,000 mural commission is part of an interpretive information plan to tell the story of the bridge and celebrate its connection to the Foss Waterway.
Goettling is a Gig Harbor artist who received his bachelor’s degree in fine arts from The Evergreen State College with an emphasis on narrative painting and drawing.  His work has been exhibited nationally, and more information on him is available at nickalas.com.
Posted by Alec Clayton at 7:18 AM